The stock is offering a remarkably high yield -- for a reason.

With more than $75 billion of infrastructure assets, Energy Transfer (ET -0.80%) is one of the largest pipeline operators in the U.S. The company and its CEO, Kelcy Warren, are often in the news -- be it for controversies relating to its pipelines or for the company's acquisition attempts. Energy Transfer stock has fallen to less than half of its price at the beginning of 2020. It currently offers a tempting yield of more than 20%. But considering the risks involved, I'm staying away and you would do better by avoiding the lure of this high yield.

In five years, Energy Transfer stock wiped away more than 76% in market value. Even including dividends, investors lost around 63% of the amount they invested five years back. 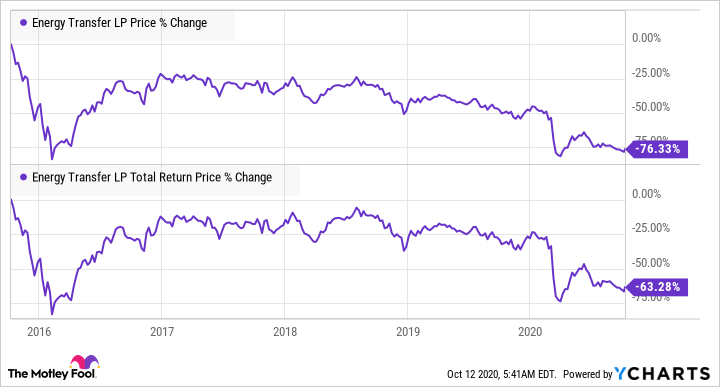 That kind of performance is poor by any measure. While the beaten-down price looks attractive today, the company's fundamental issues make it a risky bet.

Probably the biggest issue impacting Energy Transfer is its debt load. The company had a massive debt of more than $51 billion at the end of the second quarter. Energy Transfer's debt has grown substantially over the years, thanks to its aggressive growth strategy. The company has made numerous acquisitions and undertaken several growth projects supported by debt. 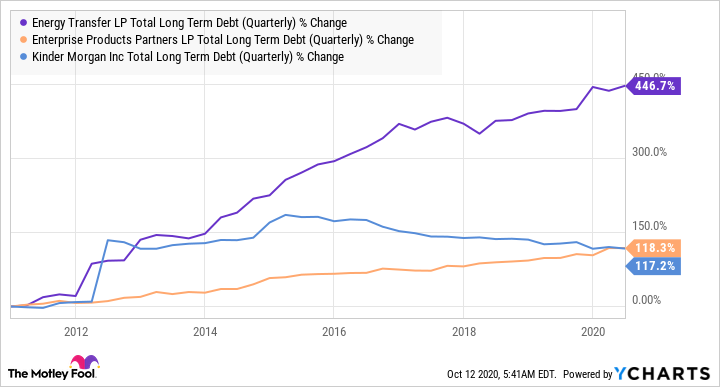 Several of Energy Transfer's pipeline projects, including the Dakota Access Pipeline and the Rover Pipeline, have faced regulatory hurdles as well as opposition from environmental groups. Energy Transfer's woes relating to its controversial Dakota Access Pipeline didn't end even after it got built. The company was recently asked to shut it down, though it has managed to keep it operational through a temporary stay.

Sure, Energy Transfer has managed to put into operation several of its controversial projects over the years. But these issues highlight a key regulatory risk that the company faces. Indeed, all pipeline operators face this risk, but Energy Transfer seems to end up being in bigger controversies, perhaps due to its aggressive stance. 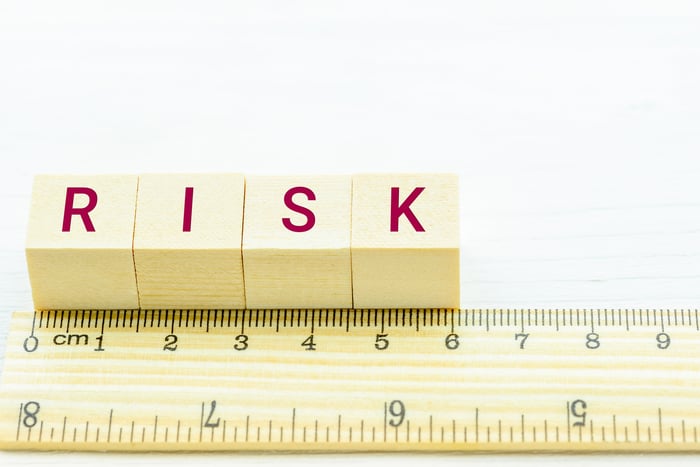 Another characteristic that makes Energy Transfer unattractive to some investors is its master limited partnership structure. Once hot, this structure has fallen out of favor, resulting in several MLPs converting into C corporations. Energy Transfer is also evaluating such a conversion. If it happens, long-term investors with a low cost basis may face significant tax liabilities. With dwindled interest in MLPs, a meaningful recovery may be particularly challenging for Energy Transfer stock.

One of the reasons behind investors' dislike for Energy Transfer is the company's poor governance practices. Examples in the past include a complex corporate structure and backdoor distribution cuts at Energy Transfer Partners and Sunoco Logistics Partners. Management's appetite to grow, at the expense of balance sheet, has also been routinely criticized. In short, the company doesn't inspire much confidence for investors to trust their money with it.

Why I won't buy Energy Transfer

A top reason to take on risk in the case of high-yield stocks is attractive dividend income. But if there are more conservative stocks out there offering immensely attractive yields, it doesn't make sense to put your capital at risk by investing in risky stocks. Given Energy Transfer's track record, I would rather own less leveraged names -- such as Enterprise Products Partners and Kinder Morgan -- that offer enormously attractive yields with much lower risk.