Amazon's (AMZN -1.65%) Prime Day 2020 is a wrap, and the company shared a few details about the success of the event. This year, the focus of the members-only sale was "supporting small business" and marked the "two biggest days ever for small and medium businesses in Amazon's stores worldwide," according to the e-commerce leader.

The company said that third-party sellers (the majority of which were small and medium-size businesses) exceeded $3.5 billion in sales during the two-day event, up nearly 60% year over year. Amazon also said that sales increases from these merchants, which spanned 19 countries, outpaced Amazon's own retail sales growth. 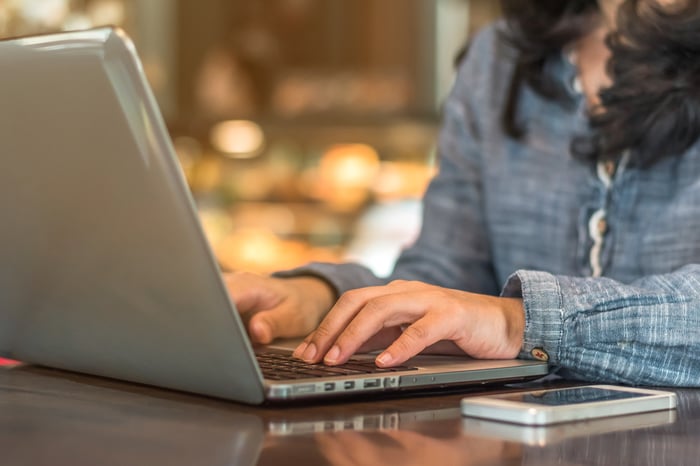 Not surprisingly, Amazon devices were once again among the most popular products during the event. The Echo Dot, the smallest entry in the company's smart-speaker lineup, was the hottest seller across the globe. The tech giant also sold more Fire TV Edition smart TVs than it did during previous events, including a record-setting number of Fire TVs from name brands including Toshiba and Insignia.

Amazon also sold millions of Alexa-compatible products. In fact, third-party devices that incorporated its voice-activated digital assistant had a "record day," it said. The company cited the Bose QuietComfort 35 Series II wireless headphones and the Fitbit (FIT) Versa 2 Health and Fitness Smartwatch among its top sellers.

The Prime Day sale was originally planned for July, but was postponed as the result of the pandemic. Some investors believe the timing of the rescheduled event was an attempt by Amazon to instigate a bit of early holiday shopping, and there's some evidence that customers were getting into the holiday spirit. In the two weeks leading up to the event, Holiday Favorites was the most popular holiday station among Prime music listeners, and 50 Great Holiday Songs, Christmas Classics, and Caroling at Christmas were the most-streamed holiday playlists.