Please ensure Javascript is enabled for purposes of website accessibility
Log In Help Join The Motley Fool
Free Article Join Over 1 Million Premium Members And Get More In-Depth Stock Guidance and Research
By Bram Berkowitz – Updated Oct 16, 2020 at 9:33AM

The deal will create the 19th largest bank in the U.S., spread across many geographic markets.

The $49-billion asset First Citizens BancShares (FCNCA -2.17%) is merging with the $61-billion asset CIT Group (CIT) in an all-stock deal that will create the 19th largest bank in the U.S., it was announced today.

The combined company will be headquartered in Raleigh, North Carolina, and have a significant presence in New York; New Jersey; Pasadena, California; Omaha, Nebraska; Phoenix; Jacksonville, Florida; and Columbia, South Carolina, among other locations. 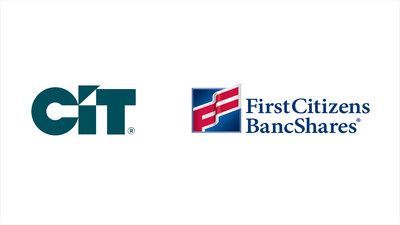 The new entity will operate under the First Citizens brand and trade under the ticker FCNCA on the Nasdaq.

First Citizens CEO Frank Holding Jr. will lead the combined company, while CIT CEO Ellen R. Alemany will become vice chairwoman and serve on the board of directors.

"This is a transformational partnership for First Citizens and CIT designed to create long-term value for all of our constituents, including our stockholders, our customers, our associates and our communities," Holding said in a statement.

At the exchange rate in the deal, CIT shareholders are swapping their shares for an implied value of $21.91 per share, or a roughly 11% premium over the closing price of the stock on Thursday.

The deal is expected to increase earnings per share of the combined company by 50% once costs savings of 10% are realized, and when the deal closes, tangible book value accretion is expected to be more than 30%.

Shares of CIT jumped by more than 20% this morning, while shares of First Citizens rose by more than 8% right off the bat.