The executive says "doing nothing" is not the best choice.

Speaking yesterday on a CNBC interview, Walmart (WMT -1.33%) CEO Doug McMillon urged America's leaders to reach a bipartisan agreement on a new round of stimulus quickly to help American families and businesses through the COVID-19 recession. "Doing nothing is not the first and best option," McMillon remarked, saying the lawmakers should make a stimulus agreement first and smooth out any rough edges to the deal later.

McMillon added many American citizens are living paycheck to paycheck, "if they have a paycheck," and said politicians should remember "there are Americans that need them, that don't really care about politics, aren't really tied up in this election and they just need some help." 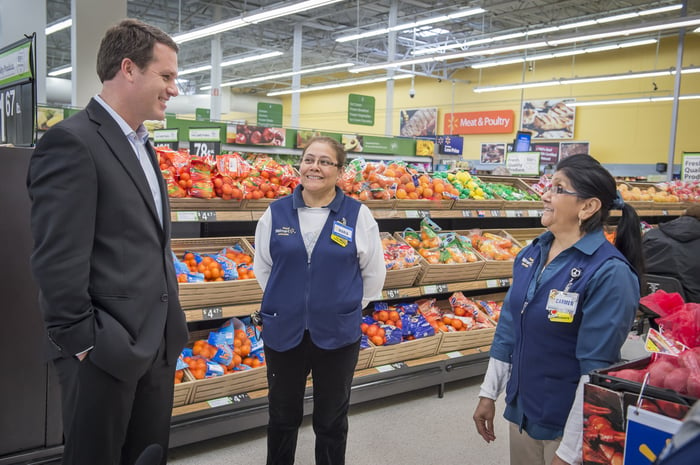 McMillon detailed the Walmart perspective on the situation, noting the retailer has managed to improve its inventory situation, with more items in stock, but "stock-up behavior" on certain items still empties shelves in areas where local COVID-19 flare-ups occur.

Regardless of McMillon's appeal, a fresh stimulus for small businesses and ordinary Americans in the near future appears increasingly unlikely. Business Insider reports Treasury Secretary Steven Mnuchin said on a virtual broadcast Wednesday, "at this point getting something done before the election and executing on that would be difficult, just given where we are in the level of details."

Regardless of the stimulus outcome, Walmart has moved ahead with its multi-pronged strategy, working at developing everything from drone deliveries to health insurance, attracting analyst recommendations in the process.