These factors might be enough to get the company back on the right track.

For investors in troubled Canadian marijuana cultivator Aurora Cannabis (ACB -6.20%), good news is in short supply. The company is nowhere near profitability, and its stock has been falling since March of last year, culminating in a massive collapse in September.

In its latest earnings report, Aurora disclosed that its sales revenues were down 5% from the previous quarter, capping a long string of losses. If that weren't enough, shareholders are mounting a lawsuit against the company, alleging that it misled investors in early 2020 about the stock's potential.

But there have been a few positive developments to give shareholders and potential investors a glimmer of hope. Support for cannabis legalization is increasing, and Aurora's own leadership team is changing, all of which could mean a turn in the company's luck. And while those factors won't be enough to make the stock worth a purchase in the short term, they'll definitely contribute to the company's turnaround effort.

Let's check out these green flags to see how and when the stock will be affected. 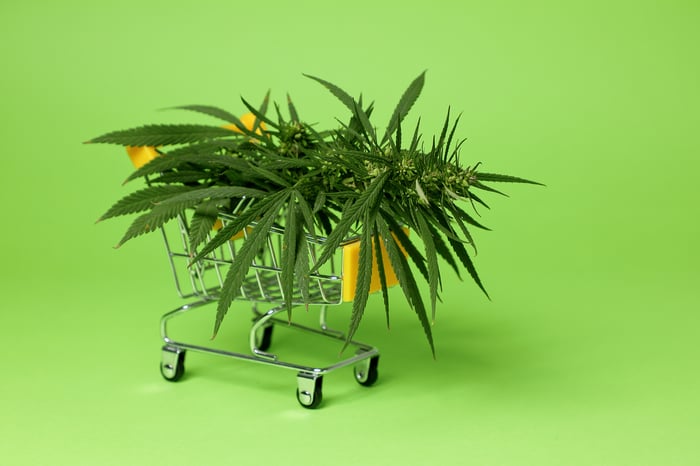 1. Cannabis legalization has support from the U.S. public -- and from major U.S. politicians

If cannabis is legalized across the U.S. for both medicinal and recreational purposes, Aurora could benefit from a massive market, which may reach $23 billion in value by 2025. Pro-cannabis efforts recently got a boost when vice presidential candidate Sen. Kamala Harris endorsed cannabis decriminalization. And Harris is far from the only political figure who is open to decriminalization or legalization. Sen. Bernie Sanders has long been a proponent of full legalization, and Sen. Cory Booker recently expressed support. Similarly, Vermont Gov. Peter Shumlin appears to support legalization, and Rhode Island Gov. Lincoln Chafee is investigating whether it would be worthwhile for his state's revenue. Even the former governor of Texas, Rick Perry, has floated the idea of decriminalization.

But Aurora won't benefit from legalization if it can't profitably serve the customers in new markets, so it still has some work to do before it can even think of capitalizing on a legal U.S. market.

As part of a desperate plan to achieve profitability, Aurora plans to lay off about 30% of its cannabis cultivation staff and 25% of its remaining administrative staff -- and it's already made steep cuts this year. In addition to reducing its workforce, the company plans to close five of its cultivation facilities and scale back production volume at several others.

Aurora also committed to eliminating high-cost projects using external contractors, reworking pricey research contracts, and shutting down several unprofitable product lines. These cuts and closures will take place over the next two quarters, and they should help to reduce the company's bloated operating costs to be more in line with its revenues.

Keep a close eye on Aurora's reported cost of cultivation per gram of cannabis to see whether this streamlining is having a significant impact on its long-term prospects. If the company can keep driving down its costs beyond the break-even point, it'll be on the road to finally being in the black. 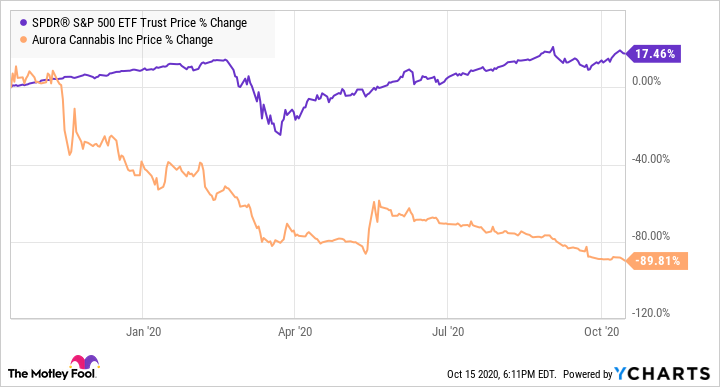 3. New leadership will be instrumental in Aurora's turnaround

In early September, Aurora announced that it had appointed Miguel Martin as its new CEO. Martin will be responsible for executing the company's cost-cutting transformation. He'll also need to fill the shoes of Aurora's co-founder, Steve Dobler, who has retired.

Martin is a newcomer to Aurora, having only joined the company as its chief commercial officer (CCO) in July of this year. But he was previously the CEO at Reliva,  a private cannabidiol (CBD) company that Aurora acquired earlier this year. Reliva's purchase marked Aurora's entry into the U.S. cannabis market, meaning that Martin's promotion puts someone with firsthand knowledge of the new market at the wheel. It's also feasible that Martin will be able to use his expertise in the CBD market to increase Aurora's sales, which would provide welcome cash flow.

The new CEO will also need to deal with Aurora's response to the ongoing shareholder lawsuit against the company, which alleges that its cost cuts have so far failed to address the company's problems. If Martin can convince the shareholders to give him more time to scale down production, the company may save itself legal fees and payouts, helping it to stabilize its shaky cash position of $162 million CAD in the most recent quarter. This amount of cash pales in comparison to the trailing expenses of CA$457 million.

Thus, it's hard to argue that Aurora Cannabis will be a millionaire-maker stock anytime soon. With some luck, Martin's leadership will be a breath of fresh air, cannabis legalization will come sooner in the U.S. rather than later, and the company's reduced costs can help Aurora focus on strengthening its business for the long term.