The iconic media giant and the personal paper products behemoth have little in common these days.

There may not seem to be a lot in common between Walt Disney (DIS -1.05%) and Kimberly-Clark (KMB 0.15%) at first glance. Walt Disney is the wide-reaching media mogul with leading media network, studio entertainment, and theme park assets in its arsenal. Kimberly-Clark is the top dog in consumer paper products.

Disney and Kimberly-Clark do intersect in the real world. Good luck getting through the first five minutes of Up without a box of Kimberly-Clark's Kleenex handy. If you're taking young children to Disneyland you may find yourself armed with Kimberly-Clark's Huggies or Pull-Ups in your diaper bag. If you make a mess after inviting friends over to watch a major sporting event on Disney's majority-owned ESPN you may find yourself reaching for a Scott or Viva paper towel to clean things up.

What if you had to choose? What if you had to pick between Disney and Kimberly-Clark as the next major addition to your portfolio? Let's take a closer look at both stocks to see which one is the better buy right now. 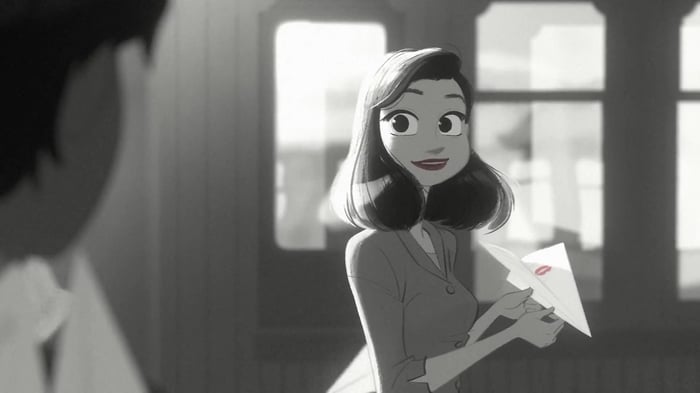 One of Disney's best digital shorts is 2012's Paperman, an Academy Award-winning short about two strangers waiting to board separate trains. A chance encounter becomes a missed connection until an army of paper airplanes -- including a pivotal lipstick-smacked one -- brings them together. Here we are with another unexpected pairing.

Let's start with Kimberly-Clark. It's been a steady yet unspectacular producer over the years. It has rattled off 24 consecutive years of single-digit positive or negative top-line growth. In good times and bad times you're going to need paper products, but this isn't hotbed of growth. The 9.1% revenue growth it posted in 2007 is the high-water mark for Kimberly-Clark's growth over the past two dozen years.

You might think that these are extraordinary times for paper goods. Weren't folks loading up their warehouse club shopping carts with toilet paper and paper towels earlier this year to prepare for the pandemic? A look at Kimberly-Clark's latest quarter shows a 14% surge for its consumer tissue segment. Unfortunately for Kimberly-Clark, we were stocking up at home because we weren't heading to the office through at least the first few months of the COVID-19 crisis. Business sales fell 10% for the same period. Total adjusted sales rose just 4% for the quarter, a showing that's not very exciting but just ahead of its historical growth rate.

Disney is naturally prone to wilder swings. Its theme parks rely on a healthy flow of international travel, and obviously that's not in the cards right now. The original Disneyland park in California has been closed for more than seven months. Its iconic studio entertainment arm that has been Hollywood's steadiest blockbuster machine is having to work around a multiplex industry that may never recover. Disney's media networks -- led by ABC, Disney Channel, and ESPN -- are holding up better in this climate, but it's still not ideal with advertisers holding back and consumers ditching cable and satellite television services.

Uncertainties across Disney's media segments led the House of Mouse to suspend its semi-annual distributions, frustrating income investors. Here's where Kimberly-Clark steps in as a Dividend Aristocrat, having boosted its quarterly dividend in each of the past 48 years.

The better buy here depends largely on your appetite for risk. Kimberly-Clark is clearly the steadier play, but this doesn't mean that its business is growing at the same healthy cadence of its distributions. Revenue has actually declined -- slightly -- in half of the past eight years. Despite the ho-hum growth it's actually trading at 20 times this year's projected earnings. In short, it's not a screaming bargain on a profit multiple basis.

Disney naturally packs more risk into the package. For every success story -- like Disney+ topping 60 million premium subscribers in its first year of availability -- you will have failure. Disney's financial performance may never get worse than the 42% plunge it experienced in its latest report, but you'll have to be patient for the full recovery. I still think Disney is the better buy for most portfolios. Kimberly-Clark, with its 2.8% yield, will appeal to some income-hungry investors, but after back-to-back years of stock gains outpacing its fundamentals it wouldn't be a shock to see the stock meander in the year ahead. When in doubt, go with Disney.