Netflix (NASDAQ:NFLX) delivered its third-quarter earnings report after the market close on Tuesday, and the slowdown in membership growth was only slightly more pronounced than management had forecast. The company added just 2.2 million new subscribers, just a third of what it added in the prior-year quarter and down 80% sequentially. Overall subscribers clocked in at 195.15 million, up 23% year over year.

The streaming giant had warned that customer growth would slow in the second half of the year. Netflix had already added 25.86 million monthly subscribers during the first six months of 2020, nearly as many as it added in all of 2019. The company said that it had pulled forward some of its growth from later in the year. 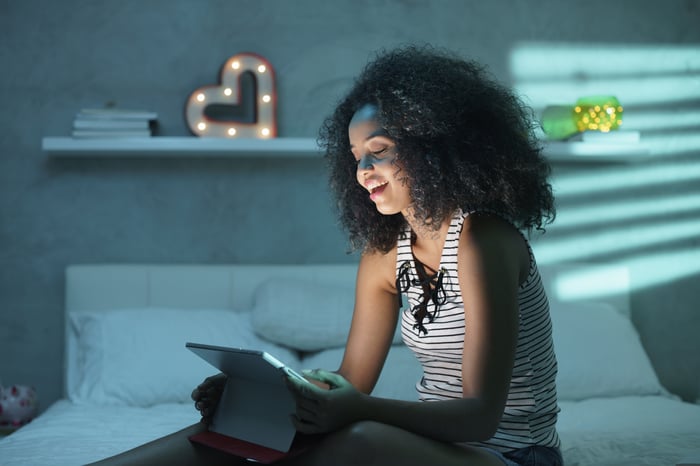 Revenue of $6.44 billion came in ahead of management's forecast of $6.33 billion, resulting in diluted earnings per share of $1.74, below the $2.09 the company had expected. Excluding changes in foreign exchange rates, the average revenue per user (ARPU) edged higher, increasing about 1%.

Netflix generated positive free cash flow (FCF) of $1.145 billion, the third consecutive quarter in the plus column, after generating $162 million and $899 million in the first and second quarters, respectively. Investors shouldn't get used to this new paradigm, however.

The company's cash generation is expected to abruptly turn negative once Netflix's production facilities are once again operating at full capacity. Content creation has been significantly curtailed during the pandemic. Netflix expects FCF to be "slightly negative" in the fourth quarter, resulting in full-year FCF of about $2 billion.

Investors were slightly bearish on the news. The stock was down roughly 5% in after-hours trading, but it's important to put that move into perspective. Going into its earnings report, Netflix's stock had gained 91% over the past year, and 62% so far in 2020.