The stock market overall was hovering near the flatline on Wednesday morning, with the S&P 500 and Nasdaq indices both down by less than 0.2% as of 11:30am EDT. However, workplace collaboration technology provider Slack Technologies (NYSE:WORK) was sharply lower, down by about 6%.

There isn't any business-related news pushing Slack lower today. Instead, the reason for the move can be attributed to an analyst downgrade. 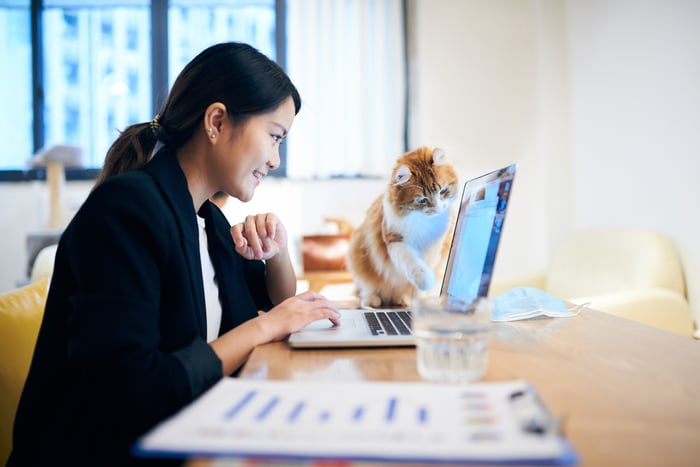 Specifically, Morgan Stanley downgraded Slack to "underweight" from "equal-weight," and set a $27 price target on the stock, which is lower than the current share price, even after today's downward move.

In the analyst's note, Morgan Stanley referred to an intensifying competitive landscape, especially from Microsoft teams and Zoom. Businesses are certainly spending on collaborative technologies in the current work-from-home environment, but there is fear that Slack isn't doing enough to set itself apart from the competition.

When analyst-fueled moves like this happen, it's important to take a step back and realize that they represent just one opinion of many. And this doesn't even appear to be a popular opinion. According to CNBC's tally, 12 of the 23 analysts following the company rate it a "buy" or "strong buy" and just two have negative ratings. So, take it with a grain of salt. If you're a believer in Slack's product and business model, a single analyst downgrade generally shouldn't change your thesis.