Shares of iRobot (NASDAQ:IRBT), the maker of the Roomba robotic vacuum cleaner, are down 16% today as of 10:45 a.m. EDT, even after a strong quarterly earnings report.

Sales grew 43% in the company's third quarter ended Sept. 26, 2020, compared with the same period one year ago. The drop in shares is more likely related to a sharp run-up prior to earnings, as the results crushed analyst estimates. 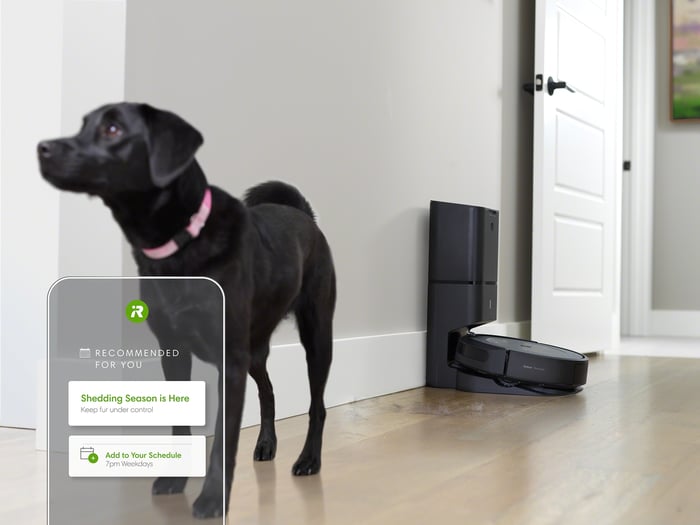 iRobot said it earned an adjusted $2.58 per share, when analysts expected $1 on average, according to CNBC. Earnings adjustments are related to items including tariff refunds, acquisition or divestiture funds, litigation expense, and stock-based compensation.

Chairman and Chief Executive Officer Colin Angle noted in the release that revenue exceeded its expectations in every geography, with particular strength in the U.S. market. He said the strong quarter boiled down to "substantially stronger-than-expected orders from retailers tied to favorable sell-through trends."

But iRobot shares had jumped more than 26% in the four weeks prior to the earnings release, so investors may have decided to take those recent gains on the heels of the report.

The company said it has increased its cash and equivalents to $357 million, compared with $256 million at the start of 2020. It also has no debt.

The quarter also marked the launch of a new product. Its Genius Home Intelligence platform was well received by customers, along with the new Roomba i3 and i3+, the company reported.

iRobot expects its business strength to continue. The company's guidance for the full year implies fourth-quarter revenue that will be 13% higher than the year-ago quarter. That just might not be as much as some investors hoped.