Strong at-home sales are helping Coca-Cola recover, and Dow Inc.'s revenue and earnings declines were not as bad as feared.

The Dow Jones Industrial Average (^DJI -0.61%) had managed a small gain by early Thursday afternoon, up about 0.3% by 1:10 p.m. EDT. Investors may be growing more optimistic about a new stimulus bill from Congress after House Speaker Nancy Pelosi said that she and Treasury Secretary Steven Mnuchin were nearing an agreement on the key sticking points that have so far prevented the two sides from striking a deal.

Shares of Coca-Cola (KO -0.58%) were outperforming the Dow on Thursday after the beverage company reported improving sales trends for the third quarter. Meanwhile, shares of Dow Inc. (DOW) were down despite the chemical giant beating analyst expectations. 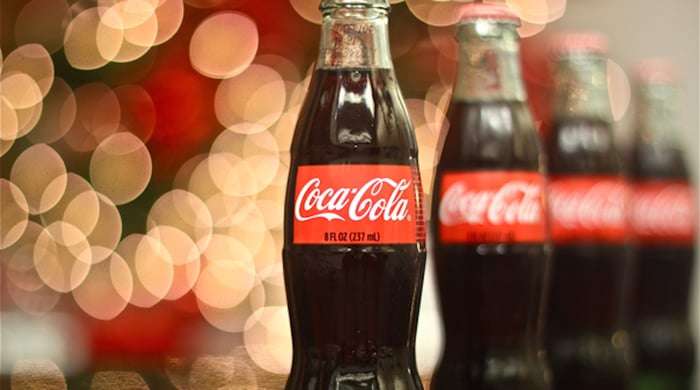 Beverage giant Coca-Cola reported a 9% revenue decline for the third quarter, with weak sales in the away-from-home channels not fully offset by growth in the at-home channels. That performance was better than analysts were expecting -- Coca-Cola's $8.7 billion of revenue beat estimates by $330 million.

Unit case volume trends have been improving for Coca-Cola over the past few months, with volumes down a low-single-digit percentage so far in October. That compares with a 25% decline in April and a 10% decline in June. Sales in restaurants and other away-from-home channels are still under pressure, and that situation may worsen in the coming months if cases of COVID-19 continue to surge.

Coca-Cola's earnings declined along with revenue, with adjusted earnings per share down 2% to $0.55. That figure beat the average analyst estimate by $0.09. The company is taking a few different actions to adjust to the current environment. First, it's restructuring its organization to focus on local execution. That plan will lead to job cuts, both through voluntary separation programs and layoffs.

Second, the company is dumping some of its noncore brands. It plans to get its brand count down to 200, a 50% reduction. One recent example: the discontinuation of its decades-old Tab brand earlier this week. Third, Coca-Cola is investing in newer beverage categories, like hard seltzer.

Due to uncertainty, Coca-Cola neglected to provide any full-year guidance. The stock was up about 1% by early Thursday afternoon, but it remains down nearly 9% so far this year.

Chemical giant Dow Inc. also reported rough third-quarter results, but like Coca-Cola it beat analyst expectations across the board. Total revenue was down 10% year over year to $9.7 billion, beating the average analyst estimate by $200 million. Local prices slumped 9%, driving most of the sales decline, while volumes were down just 1%.

Dow reported adjusted earnings per share of $0.50, down from $0.91 in the prior-year period but $0.21 higher than analysts were expecting. The company is undergoing a restructuring program to cut costs, which it expects to deliver a $300 million annual benefit to earnings before interest, taxes, depreciation, and amortization.

While Dow's results improved substantially from the second quarter, the recovery has been uneven across markets. The company expects this unevenness to continue in the near term. Shares of Dow were down 0.8% by early Thursday afternoon despite the earnings beat. Dow stock is down roughly 12% since the start of the year.

Why Should You Invest in Blue Chip Stocks?

3 Investments That Can Help You Reach Financial Independence
415%