Please ensure Javascript is enabled for purposes of website accessibility
Free Article Join Over 1 Million Premium Members And Get More In-Depth Stock Guidance and Research
By Rich Duprey - Oct 22, 2020 at 8:25AM

More than 1,000 of the electric motorcycles are subject to the recall, though just a few owners have actually reported a problem.

Harley-Davidson ( HOG 2.79% ) is recalling over 1,000 of its 2020 LiveWire motorcycles after it discovered a software problem that could cause the electric bike's powertrain to shut down without warning.

Although the bike maker expects just 1% of the motorcycles will actually have the malfunction, it is recalling all of the models within the particular production run to update the software. 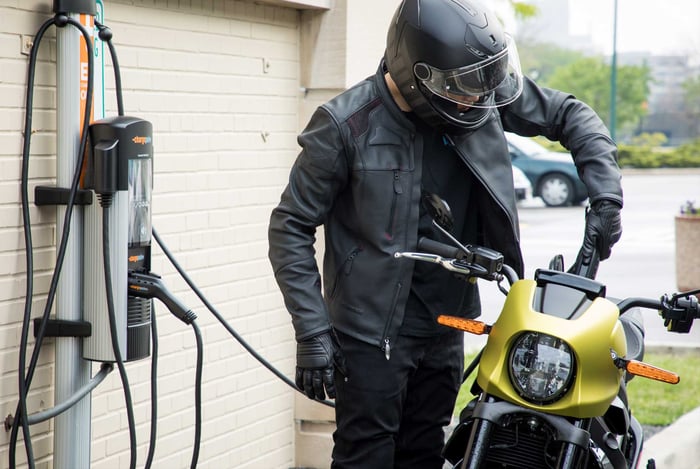 This isn't Harley's first issue with the LiveWire. Just as it debuted the motorcycle, it discovered a problem with the onboard Level 1 charger that hooks up to a household outlet. That caused the company to shut down production for a week to resolve the issue.

Since its introduction last year, Harley hasn't released any LiveWire production or sales data, leading analysts to estimate first-year production would be around 1,600 bikes.

The reception for the high-performance electric motorcycle has been uniformly positive, with most marveling at its technological prowess. The main concern continues to be its $30,000 price tag, which led analysts to suspect sales would be in the hundreds rather than thousands. The coronavirus pandemic upended those plans as dealerships were forced to close.

Harley doesn't say what percentage of LiveWire's total production run is involved in the recall, only noting that a handful of bikes actually are reported to have a problem.

It said it received two reports the LiveWire suffered a loss of propulsion, and during its investigation discovered an issue with the bike's on-board charger (OBC). The unexpected loss of propulsion while driving increases the risk of a crash. Harley subsequently received four more complaints potentially related to the OBC, prompting it to initiate the recall of 1,012 bikes.

It says LiveWire owners can bring their bikes to a dealer to have the software updated at no cost.