The decline came despite growing sales trends throughout the quarter.

Shares in BJ's Restaurants (BJRI 1.70%) are down 10% today, after reporting third-quarter earnings that continue to reflect struggles in the sector brought by impacts of the pandemic.

The restaurant and brewhouse chain reported a 30% decline in comparable-restaurant sales, and a 29% drop in total revenue versus the year-ago period. Excluding gains unrelated to the operations, the company lost $0.44 per share in the quarter ended Sept. 29, versus a $0.18 gain in the prior-year period. 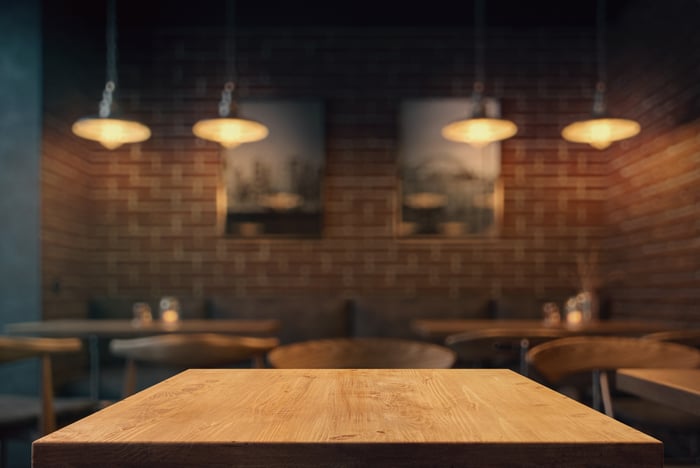 The results are an improvement over the second quarter, which ended June 30, when dining rooms were closed and the company transitioned to take-out and delivery only, for part of that reporting period. Comps were down almost 60% for that previous quarter.

Though the company reported improvement in the third quarter, it wasn't enough for investors after the shares had gained more than 80% in the past three months.

CEO Greg Trojan said that third-quarter results were above expectations, however. The company went from about 70% of its dining rooms open at the start of the third quarter, to having 87% currently open, though with limited seating. The company built approximately 100 temporary outdoor patios in response, and weekly sales per restaurant improved by more than 20% through the final weeks of September.

The chain continues to expand as it opened two new restaurants in 2020, and said it plans to announce a moderate increase in new restaurant openings for 2021. It currently has 210 restaurants and has long-term plans to more than double that number.