Shares of Mattel ( MAT 2.29% ) got a boost today after reporting earnings late yesterday and are up more than 12% as of 1 p.m. EDT. The toymaker saw a jump in sales as well as profitability in its third quarter.

Investors had been selling shares of the company for years as it struggled to turn its business around. But the maker of Barbie dolls and Fisher-Price toys reported a 10% rise in sales versus the year-ago quarter and an improvement in gross margin as well this quarter. 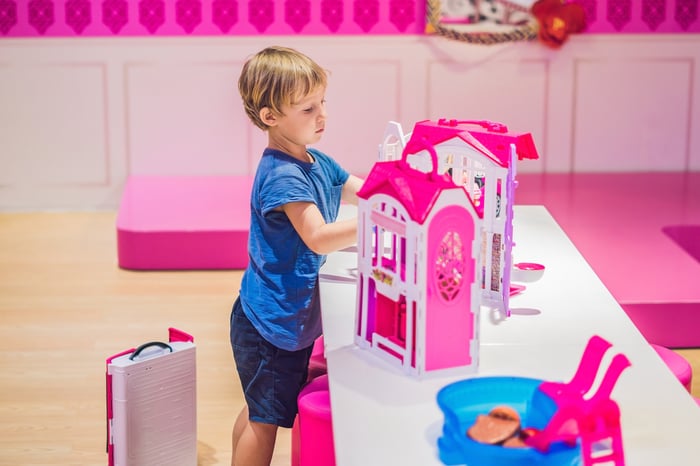 The company reported operating income grew 156% as its e-commerce sales increased by 50%. Strength in the doll category led the way with 22% sales growth; specifically, Barbie doll sales grew by 29%.

While the toy industry is seeing strength due to the stay-at-home trend during the COVID-19 pandemic, the company said it is also taking market share. "Mattel's growth outpaced the industry as we gained share in key markets around the world," Chairman and Chief Executive Officer (CEO) Ynon Kreiz said in the report.

The company reported sales growth in each of its four regions, led by sales of dolls, action figures, building sets, and games. The company believes it is well positioned going into the holiday shopping season. Retailer inventories remain low, and CEO Kreiz said the company should achieve sales growth again in the fourth quarter.

He also believes profitability will continue to increase. The company reported an adjusted gross margin of 51%, marking the ninth consecutive quarter the company has achieved adjusted gross-margin improvement over the previous year periods.