Life will get a lot better for cruise line stocks once we lick the pandemic, but it's not as if Carnival and its peers can party like its 2019 anytime soon.

No one knows when cruise ships will be sailing out of U.S. ports again, and that's the kind of uncertainty that has been brutal to the cruise line operators. Carnival (CCL 3.67%) (CUK 3.54%) and Norwegian Cruise Line Holdings (NCLH -1.25%) have seen their stocks plummet 70% so far this year through Thursday's close. Rival Royal Caribbean (RCL -0.19%) has fared relatively better, but even the market darling has shed more than half of its value in 2020.

Momentum was on the industry's side before the new normal. Carnival saw its top line climb 10% in fiscal 2019, its heartiest revenue gain in more than a decade. A buoyant global economy and healthy demand served Carnival, Norwegian Cruise Line, and Royal Caribbean well.

The pandemic changed everything, and by that logic, a coronavirus vaccine would find the industry setting sail in the right direction again. Anything that would make COVID-19 a thing of the past will be celebrated by Carnival and its shareholders, but it can't really go back -- at least not anytime soon. As an investor, you can't party like it's 2019.

Let's go over why a viable vaccine is great, but not a solution to all that may be ailing Carnival stock as an investment. 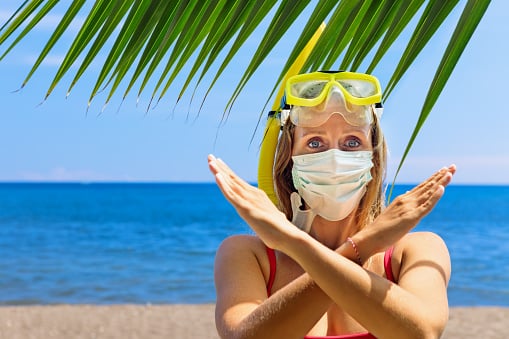 A needle in a smokestack

The plan for now is to start sailing again in December, but we've been ripping out months of the calendar marking false restarts all year long. The cruise lines think they're ready, but the Centers for Disease Control and Prevention (CDC) keeps extending its ban on U.S. sailings. Even with Carnival rivals making some extreme profit-zapping concessions to start rolling again, the CDC is still concerned about potential viral outbreaks. The pressure points are understandable given the role that cruise ships played in the early days of the COVID-19 stateside contagion.

The average age of a cruise ship passenger is 47, according to the Cruise Lines International Association trade group, but the median will skew substantially older for most of the year when young families don't fill cabins during the summer and holiday school breaks. Cruise ships were the source of many early pandemic casualties largely because of the compact nature of the vessels, but also because of the many elderly passengers who are typically on late winter sailings.

If cruise ships are allowed to start sailing in the next couple of months, it will probably be without an approved vaccine on the market. This will be fine from an investor confidence perspective, but the financials will still be spotty. Carnival rivals have offered to dramatically limit the number of passengers on cruise ships for now, and that means a big hit on the bottom line given the scalable nature of cruising with its high fixed overhead and low variable costs. 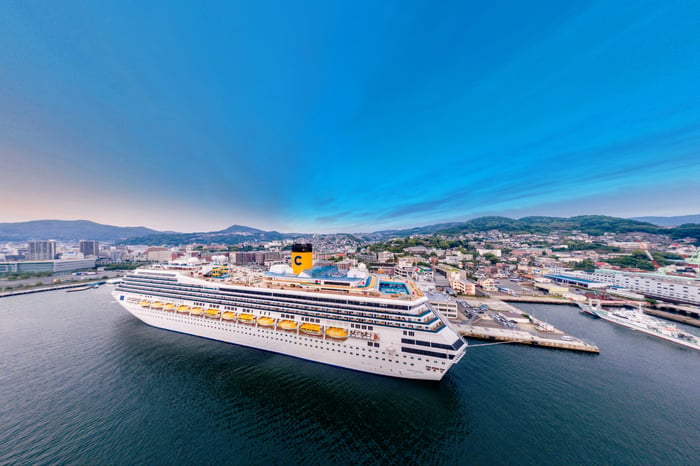 The climate will naturally be kinder when a viable vaccine is in wide circulation. With ships sailing into various exotic ports, Carnival will naturally need to make sure that all passengers and crew members have been vaccinated. You don't want a passenger who has not been vaccinated incubate COVID-19 during a shore excursion, only to make matters worse after getting back home.

However, even if we get to the point where COVID-19 is eradicated or basically a nonissue, it's not as if Carnival will be back in 2019 form. For starters, it has already unloaded several ships this year and pushed out future vessel deliveries. Every penny in future operating profit will also be worth a lot less than it was last year. Carnival, Royal Caribbean, and Norwegian have had to issue a ton of stock and debt to stay afloat through the prolonged lull. They're all facing a combination of a larger share count and mounting interest expense on new debt.

The impact will be bigger than you probably think. In a sobering summertime calculation, Deutsche Bank analyst Chris Woronka wrote that last year's profit of $4.40 a share for Carnival would translate to just $2.88 a share in 2023's math given an extra $850 million in interest expense and the bloated share count. The math gets worse with every round of additional financing.

There's a happy ending here for Carnival investors. The stock would have to more than triple to get back to where it was when the year began, but the bar won't be as high for it to just beat the market at this point. Carnival, Royal Caribbean, and Norwegian have moved higher on positive vaccine news, so you can be sure that the moment a vaccine actually clears regulatory hurdles, the upticks will be dramatic.

There will be a lot of challenges for Carnival to win back passengers and profits even with a viable vaccine, but naturally, waiting until a solution hits the market will find the stock already moving sharply higher. The risks are high right now, but if you feel that cruising will recover (and that the recession will be gone sooner rather than later), you may as well buy the world's largest cruise line operator before everybody else does, when a viable vaccine is approved for the masses.