Please ensure Javascript is enabled for purposes of website accessibility
Free Article Join Over 1 Million Premium Members And Get More In-Depth Stock Guidance and Research
By Billy Duberstein - Oct 25, 2020 at 9:41AM

The company even increased marketing amid a revenue decline in anticipation of long-term growth.

Warren Buffett's favorite credit card company American Express ( AXP -3.07% ) held its third quarter earnings call last Friday, and results were somewhat surprising. Revenue was down 20.4% year-over-year, but that actually beat analyst expectations. However, American Express' earnings per share of $1.30  missed expectations of $1.35, and the stock sold off after the announcement.

The results run somewhat counter to what we've seen from a lot of companies in the second and third quarters, during which revenue decreases were offset by better profitability as many companies saved on travel and marketing expenses.

However, American Express management has actually decided to zig while others are zagging, ramping up marketing spending on new initiatives even amid the downturn. Here's why. 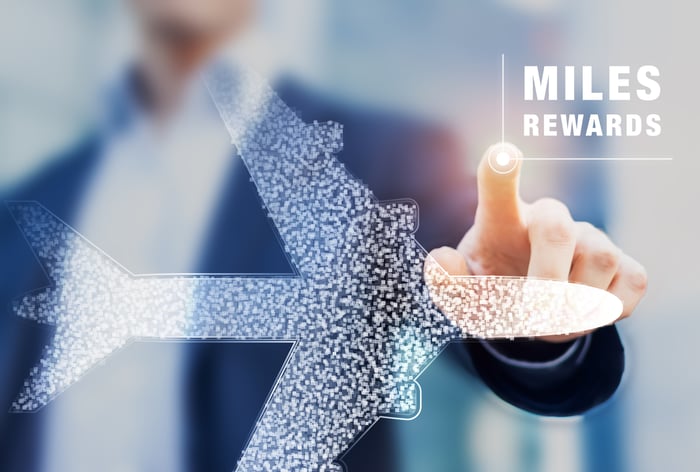 In contrast to just about every other business I've followed during the pandemic, American Express  increased its marketing spend in the third quarter, not just relative to the second quarter, when many businesses were shut down, but actually on a year-over-year basis.  "I don't know how many people had that, either in their calculus or sort of in their models, but during times like this, probably the go-to move is to reduce marketing. But we don't believe that that's true," said CEO Steve Squeri.

Of note, American Express invested in its largest-ever small business initiative during the quarter, which offered cardholders incentives to buy from local businesses. Also on the small and medium business front, Amex acquired the Kabbage data platform, which management believes will accelerate its efforts to build a digital banking platform for small businesses by 18-24 months.  In addition, Amex also stepped up growth initiatives toward the end of the quarter, including new card acquisition as it got a handle on consumer behaviors, as well as officially launching its card network in China.

All in all, Squeri noted the stepped-up investments cost the company about $0.20 in EPS, and if Amex had scaled back marketing by 20% instead of raising it, it would have improved EPS by $0.40. Squeri continued: 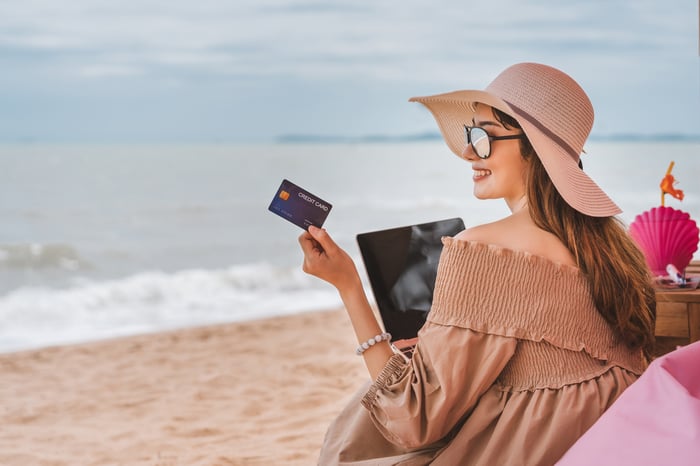 Obviously, American Express is profitable enough, with $1.30 in EPS, to be able to make those investments in preparation for the end of the pandemic, which management sees as a late 2021 into 2022 phenomenon.

Squeri believes he also sees evidence of, "pent-up demand" for travel among its card-holders. That's not surprising considering people are likely sick of being cooped up a home, and that American Express cardholders are travel-oriented consumers to begin with, given its point system being skewed toward travel and leisure rewards.

There were a few points of evidence cited by management. Besides a slow uptick in travel-related spending during summer, especially at local hotels and private rentals, member behavior with regards to rewards also pointed to cardholders looking ahead to a future trip.

First, Amex has noticed members mostly saving up rewards points for a future vacation, as opposed to using them for non-travel redemptions in the near-term. Second, customers continue to use co-branded cards with travel-related brands like Delta ( DAL -1.41% ), with spending "at or better than the spending that we have on all our other products." 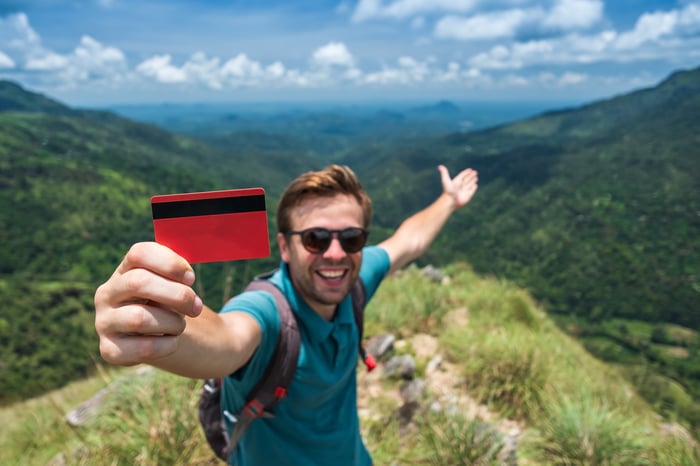 Some investors may question the move to spend aggressively on the future, especially as the economy is still in a precarious position and there may not be a coronavirus stimulus bill before the election. However, encouraging for American Express is that its credit metrics are actually tracking better than before the crisis hit.

It's surprising,  to be sure. But during the third quarter, management wrote off just $781 million in loans and card receivables, which is actually below not only the first two quarters of the year but even the year-ago quarter's $804 million in charge-offs. Additionally, American Express even released $116 million in reserves taken in prior quarters, meaning its credit metrics are holding up better than expected.

Chief Financial Officer Jeff Campbell noted, "Our credit provision was much lower, and we used these improved results to begin to fund more efforts to rebuild growth momentum."

Despite solid earnings, which handily cover American Express' dividend and already incorporate increased growth investments, American Express' stock remains about 30% below its pre-pandemic highs. With a solid balance sheet, good profitability even in this recession, and potential growth drivers in small business banking and China, Amex remains one of my favorite "recovery" stocks, in spite of the short-sighted post-earnings sell-off.