Investors had high expectations heading into Chipotle's (CMG 0.43%) third-quarter earnings report. Following a difficult, pandemic-influenced Q2, the chain showed signs of a quick return to robust sales growth at existing locations in the summer months. Management suggested back in late July that they saw plenty of opportunities to build stronger market share, too, by investing in the drive-through platform and taking advantage of cheaper restaurant real estate.

This week, Chipotle confirmed many of those positive trends, but the business also showed signs of persistent financial stress. Let's dive right into the report. 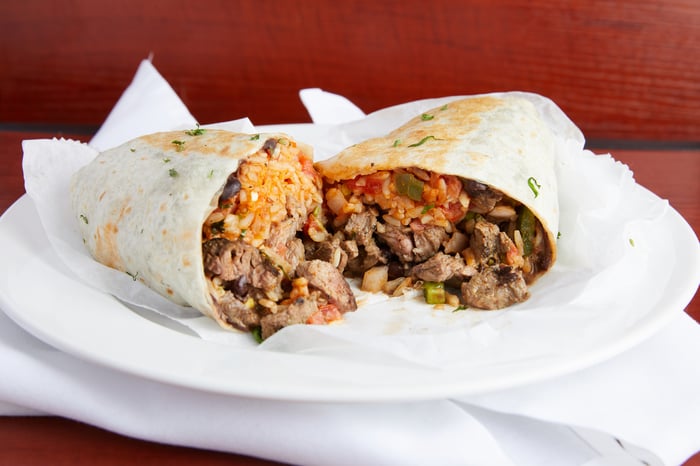 CEO Brian Niccol and his team said in late July that sales had turned the corner in the previous month after collapsing by 24% in April and falling 7% in May. This week's report showed a clear continuation of that rebound, with comparable-store sales rising 8% for the period that ran from July through September. Rival McDonald's, for context, recently posted a 5% increase for the same time frame .

Chipotle isn't nearly as dependent on breakfast-hour traffic as the fast-food leader, and that positioning has helped it grow, even as consumer mobility remains pressured by COVID-19. The company also got big assists from its booming digital business, which now accounts for 49% of sales. Overall revenue rose 14%, to push past Wall Street's expectations.

Peers like McDonald's have been pouring cash into promotions aimed at capturing customer loyalty in a digital-focused selling environment. These initiatives include offers like free delivery and reduced menu prices.

Chipotle was an enthusiastic participant in these programs in Q3, and they helped push promotion expenses up to 2.6% of sales, compared to 2% a year earlier.

The chain's broader restaurant-level profitability declined to 19.5% of sales from 20.8% a year ago. Bottom-line operating margin fell to below 7% of sales, year over year. 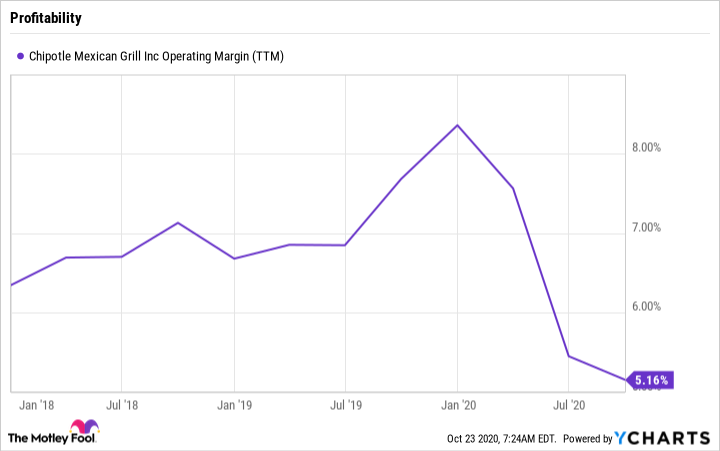 Adjusted earnings dropped 2% to $3.82 per share. Yet management suggested that the profit struggles might just be temporary. "We remain excited about Chipotle's powerful economic model and our long-term potentials," Niccol said in a press release.

Chipotle didn't issue an official outlook for the year's final quarter, citing instead the significant risks around economic growth rates and further virus outbreaks. But executives hinted at a steady, if slower, expansion pace.

Comps are running in the mid-single digits over the four weeks that ran through mid-October, they said, with some added pressure coming from the comparison with a prior-year period that included a popular steak promotion. That result likely translates into solid market-share gains and demonstrates that Chipotle is having no trouble keeping consumers engaged in its brand, especially through digital ordering and home-delivery services. The company is also in a fantastic financial position, with over $1 billion of cash on the books and no debt to hold it back.

Investors have to balance those wins with the prospect that profitability will be sluggish while Chipotle and other industry leaders fight for business during a tough time for the broader restaurant niche.