The general admission seating remained vacant, but the box seats were priced at general admission levels. Spectators filled out health questionnaires and underwent temperature checks, while safety rules required them to wear face masks. Churchill Downs spokesman Darren Rodgers said of Sunday's races that it is "nice to see the horses break from the gate and actually hear a roar from the crowd that's on hand as the horses come down the stretch." 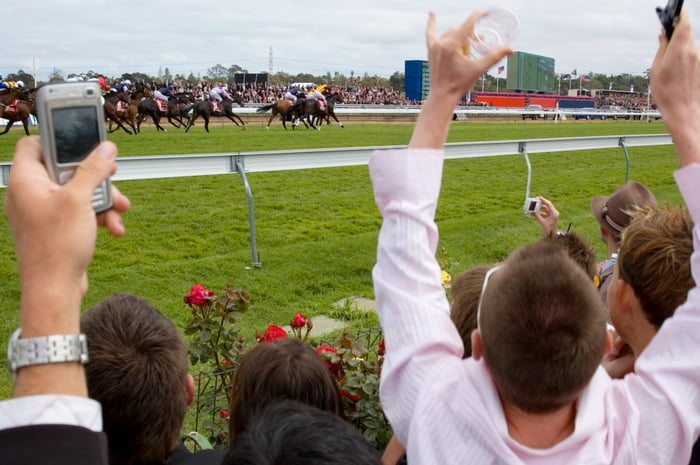 Churchill Downs had originally hoped the track could reopen for live spectators in time for the Kentucky Derby after it was rescheduled to September following the pandemic's outbreak. But the disease's continued virulence in the state prompted the company to hold the Derby without fans present.

When the late August decision was made, Gov. Andy Beshear praised the company "for making the right and responsible decision," noting the "virus is still aggressively spreading in Kentucky, and the White House has announced that Jefferson County and the City of Louisville are in a 'red zone' based on increases in cases."

In an effort to maintain revenue, Churchill Downs has been beefing up its digital sportsbook by launching its BetAmerica platform across 40 states for horse racing.