OrganiGram Holdings (NASDAQ:OGI) is helping to push the boundaries of the cannabis industry. The company announced Monday that it is making a fresh $2.5 million investment into Hyasynth Biologicals, a biotech that uses biosynthesis to manufacture cannabinoids.

Cannabinoids are the substances found in marijuana, notably tetrahydrocannabinol, which gets users high.

The deal is part of an arrangement the two companies have, under which OrganiGram may provide three tranches of investment to the privately held Hyasynth. This is the second of the trio; the first was a $5 million round closed in September 2018. 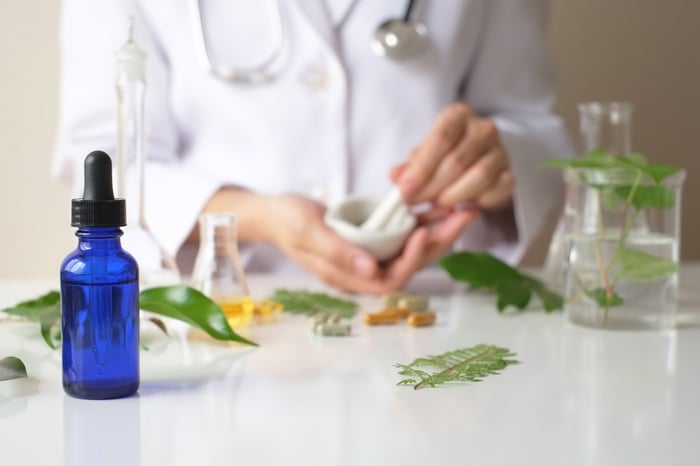 As with this round, OrganiGram can contribute $2.5 million in the third tranche. According to Organigram, this will be contingent upon a new milestone and other terms and conditions. It did not get more specific.

In return for its investments, OrganiGram holds the right to purchase some or all of the synthetic cannabinoids produced by Hyasynth at a 10% discount to their wholesale market price. This arrangement will be in force for 10 years dating from the latter's start of commercial production.

Hyasynth utilizes the process of biosynthesis to make its cannabinoids. Its raw material consists of particular yeast strains and enzymes; no cannabis plants are involved in this production.

"We believe biosynthesis has the potential to redefine the cannabinoid production landscape by setting a scalable and reliable platform of supply that cannabis producers and pharmaceutical companies can leverage for success," OrganiGram quoted its CEO, Greg Engel, as saying.

"As the demand for large-scale, pure, and consistent supply grows in both the pharmaceutical and consumer sectors, we are pleased to continue to support Hyasynth's work," Engel added.