The parent of Dunkin' and Baskin-Robbins confirms it is in talks to be acquired.

Shares of Dunkin' Brands Group (DNKN) soared 18% at the market open today, and remain up 16% at 10:30 a.m. EDT, after it acknowledged it is in talks to be acquired and go private. Other than announcing that it is in preliminary discussions, the company said it would not comment any further unless or until an agreement is reached or talks are ended.

The New York Times reported this weekend that Inspire Brands, the privately held owner of Arby's and Jimmy John's, may acquire Dunkin'. 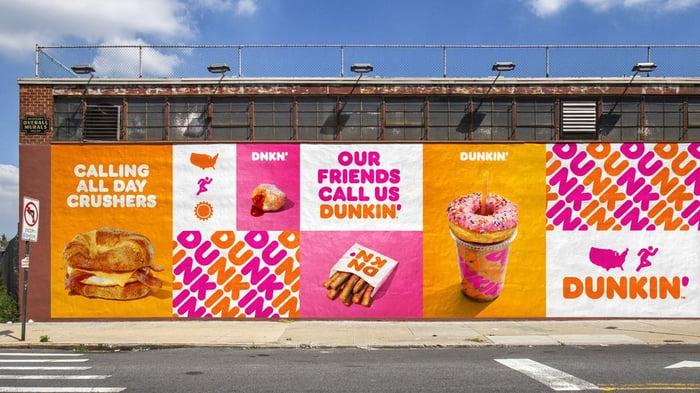 The report says Inspire Brands would be taking Dunkin' private at a price of $106.50 per share, which represents a 20% premium to Friday's closing price.

The COVID-19 pandemic has impacted consumer discretionary spending patterns, but Dunkin' has said its business has navigated the change successfully. Though its comparable-store sales declined 18.7% in its second quarter ended June 27, 2020, sales improved sequentially throughout those months.

The company introduced new menu items to reflect the change in business conditions, as it said customers were visiting locations later in the day during the pandemic. It maintained drive-thru and online ordering at most of its locations throughout the time period. It also announced plans to close about 800 of its least profitable U.S. locations. Dunkin' next reports earnings this Thursday, Oct. 29.