Shares of Harmonic (HLIT 7.49%) have tanked today, down by 6% as of 12:05 p.m. EDT, after the company reported third-quarter earnings results. The results beat expectations, but guidance for the fourth quarter left a bit to be desired. The stock was down as much as 12% earlier in the morning.

Revenue in the third quarter declined by 18% to $94.9 million, which was ahead of the $82.2 million in sales that analysts were expecting. That translated into adjusted earnings per share of $0.03, while the consensus estimate had called for an adjusted net loss per share of $0.05. The video delivery technology company reported $100.7 million in bookings for the quarter. 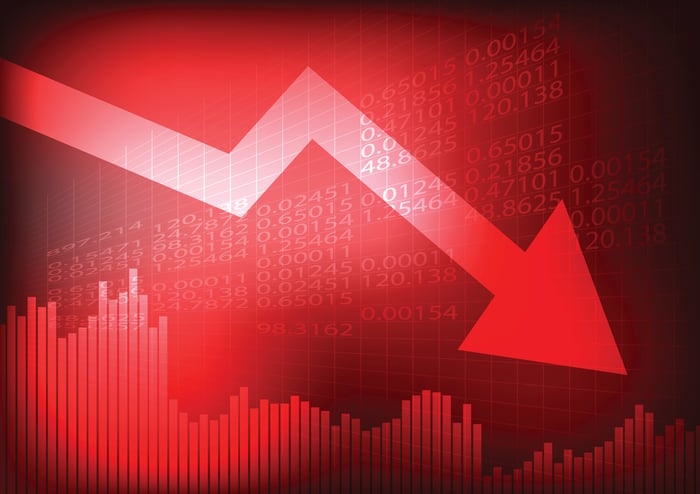 Investors appeared to be disappointed with Harmonic's guidance for the fourth quarter. Revenue is forecast in the range of $120 million to $130 million, which is shy of the $130.9 million in revenue that analysts are currently modeling for. Adjusted EPS is expected to be in the range of $0.10 to $0.18, with the midpoint of that outlook falling short of the $0.17 per share that the Street is looking for.

Why Harmonic Stock Was Out of Tune Today

Why Harmonic Stock Is Skyrocketing Today