Under Armour reported a strong earnings beat and upgraded its forward guidance.

Athletic performance apparel company Under Armour (UA -3.46%) (UAA -3.20%) gave investors some good news today when it released its third-quarter earnings report. President and CEO Patrik Frisk touted the company's "considerably better than expected performance" in a press release, even though overall revenue was flat compared to the previous-year period.

The company also announced a strategic sale of its MyFitnessPal health and fitness platform as part of its continued transformation that began when founder and former CEO Kevin Plank hired Frisk in July 2017. 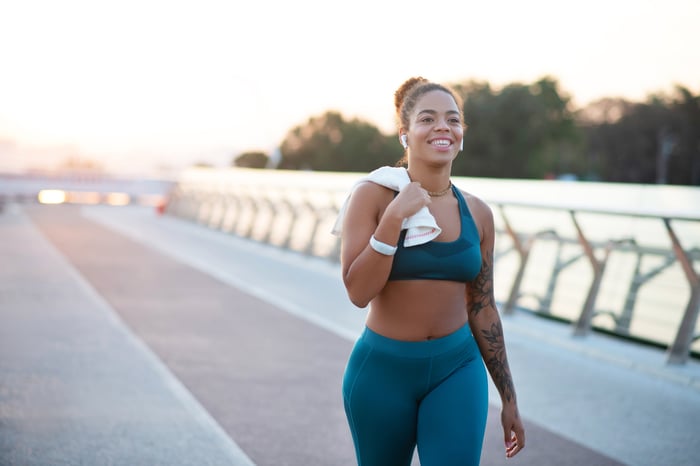 Strength in the business was driven by direct-to-consumer (DTC) revenue, which grew by 17%, mainly through e-commerce sales. The DTC channel represented more than one-third of total sales. The company's product mix experienced varied results. Sales of accessories increased 23%, but only made up about 10% of overall revenue. Footwear grew 19%, while apparel sales decreased 6% compared to the year-ago period.

Looking ahead, the company improved its outlook for the balance of the year. It had previously warned investors that fourth-quarter sales would be down 20% to 25% compared to 2019, but it now sees a drop only in the low teens.

Under Armour also announced that it will be selling its MyFitnessPal platform to private equity firm Francisco Partners for $345 million. The health-tracking app supports over 200 million users, Francisco Partners principal Christine Wang said in a statement. The transaction is expected to close in the fourth quarter of 2020. Under Armour acquired MyFitnessPal in February 2015 for $475 million.