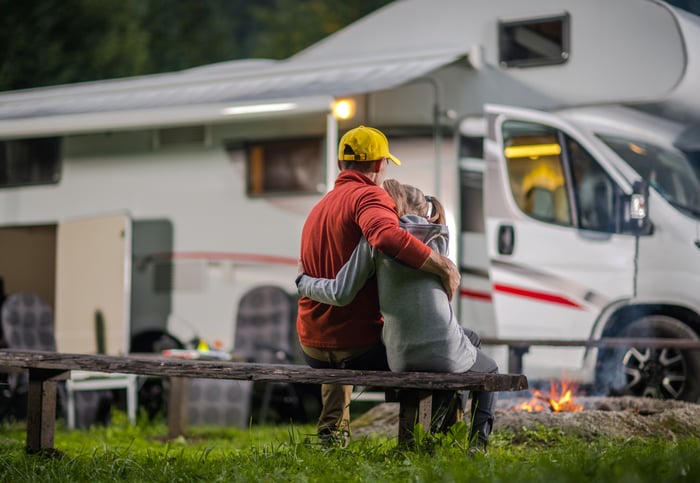 Consumers continue to migrate to the RV lifestyle as Camping World reported a 25% increase in new vehicle sales and increases in average selling prices for both new and used units. Rival Winnebago also said in its recent earnings call it was seeing "ongoing and tremendous consumer and dealer demand."

The strong quarter prompted Camping World to raise its full-year 2020 guidance. "Coming off of an extremely positive second quarter, demand remained strong and we were able to achieve record breaking third quarter results," chairman and CEO Marcus Lemonis said in a statement. The company said it is raising the estimated range of its 2020 earnings before interest, taxes, depreciation, and amortization (EBITDA) from a midpoint of $475 million to $505 million.

The company also said its board of directors has authorized a new $100 million stock repurchase program that is good through Oct. 31, 2022.