On Oct. 29, Canadian pot producer HEXO (NASDAQ:HEXO) reported fourth-quarter and full-year fiscal 2020 earnings. The company brought in sales of $110.1 million Canadian, which represented 86% growth from fiscal 2019. However, the company's net loss was an enormous CA$546.5 million.

Many investors are now wondering whether now is the time to add more to their holdings or if they should ditch the stock altogether. Does HEXO have any chance at redemption? 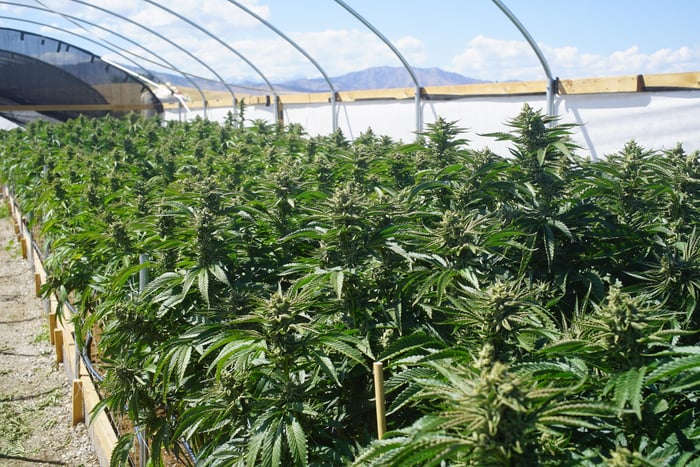 And HEXO's woes are far from over; it also recorded a CA$46.4 million impairment to its business assets during the quarter. All things considered, the company posted a staggering CA$106.2 million net loss from operations, a fivefold increase from the previous quarter. For an explanation, we only need to look at Q4's harvest: The company produced 16,540 kilograms of dried cannabis but only managed to sell about half of it.

This isn't the first time HEXO has fallen out of tune with market dynamics. Over its past five fiscal quarters, the company has consistently sold less marijuana than it's harvested. When a company invests vast chunks of its capital in production facilities but faces lackluster consumer demand, it has no choice but to write down its assets at a loss.

Can its valuation make up for it?

But HEXO's results are actually a lot better than they first appear. Factoring out all of the company's noncash items brings HEXO's operating cash use to just CA$3.8 million during Q4 2020 -- a relatively small amount in the context of its CA$184 million in cash and investments.

HEXO's cash balance also understates its valuation. Right now, the company is trading for about 5.7 times price-to-sales (P/S) and 1.1 times price-to-book value. Suppose we were to use its enterprise value (EV), however, by factoring in its cash and its CA$91.4 million in debt, leases, and convertible stock liabilities. In that case, its valuation becomes 4.9 times EV-to-sales. That's not a bad price to pay for a company growing its valuation by 86% year over year.

At the end of the day, HEXO is a speculative bet on the Canadian cannabis industry. The company's fully diluted shares outstanding have increased from 311 million in July 2019 to 661 million today. Since its founding in 2013, HEXO has already accumulated a deficit of CA$659.2 million and is still struggling to turn a profit.

HEXO stock is about 70% cheaper than it was a year ago, with the possibility of a trading rebound. For investors interested in marijuana stocks for their short-term fluctuations, now is probably not a bad time to pick up some shares. However, for those with a longer-term orientation, I recommend staying on the sidelines until the company proves it can end its multiyear dilution streak by producing reliable profits.