One of the more striking market phenomena today is the existence of large conglomerate discounts. Several prominent companies that have many different business lines or stakes in other companies often trade at a discount to the value of their assets -- even if some of those assets have readily identifiable public market values.

Perhaps no case has been more extreme than that of European venture investor Prosus (OTC:PROSY) and its majority owner, South African media conglomerate Naspers (OTC:NPSNY). Naspers is known for being a 31% owner in Chinese giant Tencent (OTC:TCEHY), but also has ownership stakes in other internet classifieds, food delivery, and fintech businesses in emerging markets and Europe.

Naspers has long traded at a discount to the value of its Tencent stake alone. To close the gap, Naspers spun off 27.5% of these international investments into a separate company called Prosus in Sept. 2019. It listed Prosus in Europe to tap a bigger market for its stock.

That didn't work. In fact, over the past year, the gaps between both Naspers' and Prosus' value and the Tencent stake widened. Fortunately, management is now acknowledging reality and made a smart new move to remedy the situation. 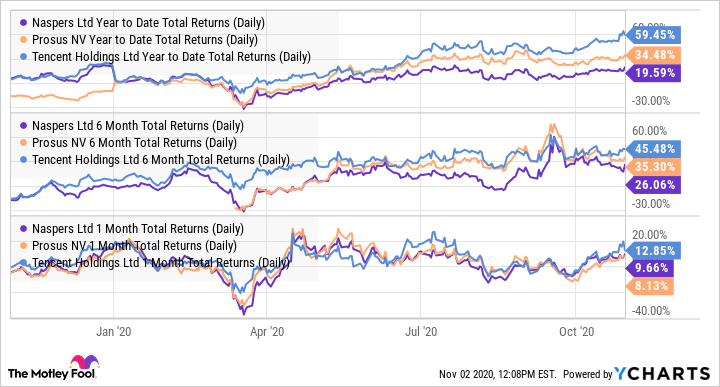 A bridge too far 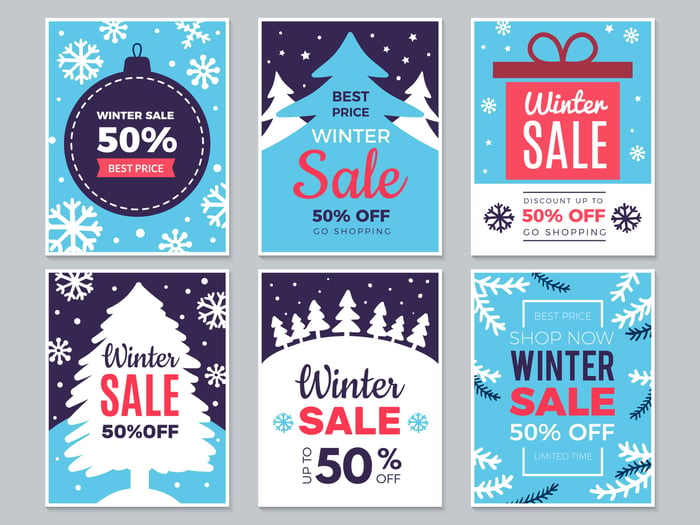 How could this be? Well, Tencent, Prosus, and Naspers all trade in different markets and are accessible to different index funds or mutual funds. Investors also might have shied away from the company, as it competed in bidding wars for British food delivery company Just Eat (OTC:JSTT.Y) and eBay's (NASDAQ:EBAY) online classifieds business earlier this year. Prosus lost both contests. Just Eat decided to merge with Dutch rival Takeaway.com in a $10.1 billion deal, and eBay wound up selling its classifieds unit to Norwegian classifieds business Adevinta for $9.2 billion.

It's also possible that participating in these bidding wars hurt Prosus and Naspers stock, as the discount to Tencent widened throughout the year. Shareholders may have soured on the stock after realizing management would continue its quest to build international internet businesses at a time when many tech assets are selling for high prices, rather than focusing on the discount to Tencent.

However, that may have changed last Friday.

What do you call a $5 billion buyback? A good start

Prosus management seems to finally have gotten the message, and last Friday announced a $5 billion stock repurchase. It will be a unique buyback, in which Prosus will repurchase $1.37 billion of Prosus shares and $3.63 billion of Naspers shares, or the same proportion as Naspers' ownership of Prosus (27.5%/72.5%). The repurchase will take place following the company's earnings release Nov. 23.

CEO Bob Van Dijk said in the release, "We have found several large M&A opportunities in our sector to be fully priced and have stayed disciplined. Utilizing cash to own more of our current portfolio through a purchase of our own shares -- when the discount to NAV is sizable -- is a sensible use of capital."

As a frustrated shareholder who has seen Tencent wipe the floor with Prosus and Naspers this year, this was certainly welcome news. The tech world is largely fully priced today, so buying one of the world's best blue-chip tech stocks essentially at half price makes more than enough sense, especially since the company had $8 billion in cash against just $3.5 billion in debt at the end of June.

Of course, I'd prefer that Prosus and Naspers go even bigger than $5 billion. After all, the current valuation discount means the company could take on more debt to do even more, then sell some of its Tencent stock to refortify the balance sheet at some point. The last time Naspers trimmed some of its Tencent stake was in March 2018, after which Naspers pledged not to sell any more shares for three years. That anniversary is coming up in March.

Obviously, much depends on how shareholders react to the news. If investors bid up shares after the buyback to close the discount, Naspers and Prosus may sit tight. However, if the stubborn discount remains, more action may be needed. CFO Basil Sgourdos hinted there may be further actions to come, saying, "Management and the Naspers and Prosus boards are committed to delivering long-term returns for shareholders. We will also continue working on a series of initiatives to further address the consolidated discount to net asset value."