As it turns out, the board wasn't done showing their confidence in the company and its new strategy under new CEO Arvind Krishna. Following that article, one more director bought a significant amount of IBM shares last Friday, then two more bought shares this week, bringing the total of six directors who have now bought stock in this 109-year-old company in the span of just one week. 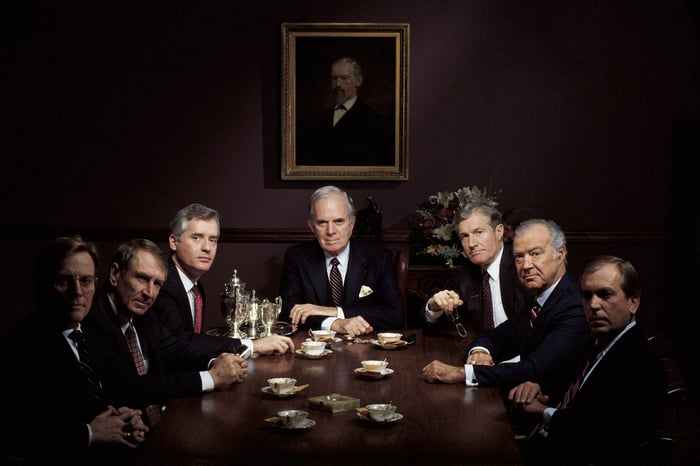 Combined with last week's insider buys, that's now six directors that have purchased between $100,000 and $1 million worth of IBM stock in just the past week. Once again, it's a notable development, especially since IBM is in the midst of several changes. For one, Krishna just became CEO in April during a pandemic. Second, IBM just announced a reorganization that will spin off its managed infrastructure services business from the rest of its cloud technology and hardware that will stay within IBM.

As my colleague Anders Bylund put it, the new IBM could likely more resemble "Red Hat on steroids," the large open source software and platform company that IBM acquired last year in a deal for $34 billion. It was a bold move led by Krishna before he was CEO, and an attempt to concentrate IBM's somewhat broad portfolio into one that's hyper-focused on hybrid cloud computing and artificial intelligence applications. Meanwhile, it's possible the infrastructure services spinoff could operate better as a stand-alone company, and free pursue acquisitions or partnerships with other companies.

Following the spinoff, the remaining IBM business should have a better growth profile, with $59 billion in revenue and a growth rate higher than the company has managed in the past. Meanwhile, the infrastructure services business will have $19 billion in revenue, and will likely be an efficient and profitable company, though growth has been challenged for that business in the recent past. Last quarter, revenue fell 4% year over year, but it wasn't entirely out of the ordinary for a consulting business in the midst of an economic slowdown.

In any case, it's awfully interesting that six directors have now bought a fair amount in stock of an inexpensive company on the cusp of a rather large reorganization. Value and special-situation-oriented investors should take note.