Novavax (NASDAQ:NVAX) announced on Wednesday that it has reached an agreement to provide the Australian government with 40 million doses of its COVID-19 vaccine candidate, NVX-CoV2373, if it earns approval from health regulators. Two early clinical trials of the vaccine candidate were run in Australia, and so far, the results have been positive.

The small biotech has had notable success at finding governmental buyers for its coronavirus vaccine: Novavax has signed direct supply deals with the United States, the United Kingdom, and Canada, and through its distribution partnerships has arranged to supply NVX-CoV2373 to Japan, India, and South Korea as well. 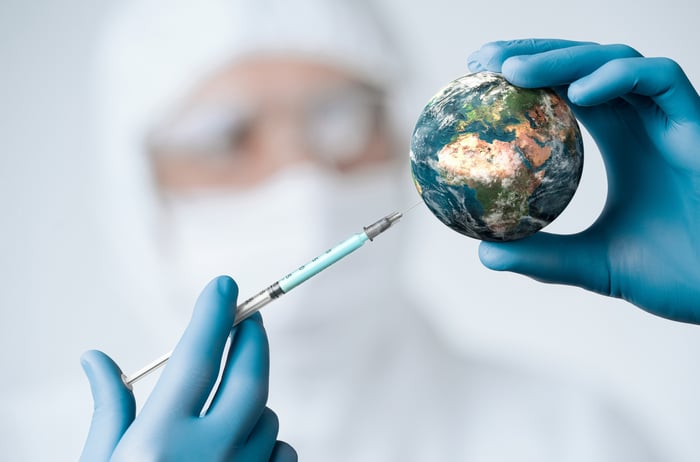 On July 7, Novavax announced that the U.S. government had awarded it $1.6 billion to help fund the development of its COVID-19 vaccine candidate. Under that arrangement, the U.S. also reserved 100 million doses of the vaccine, to be supplied in 2021. A month later, the U.K. agreed to purchase 60 million doses for delivery in 2021 -- again, subject to regulatory approval of the vaccine. A couple of weeks later, Canada signed a similar deal to acquire 76 million doses.

With the Australian deal, Novavax has lined up purchasing agreements for a total of 276 million doses of NVX-CoV2373. If it sticks with the U.S. price of $16, that would amount to $4.4 billion in revenue just on the pre-orders from these four countries.

The stock was up by 3% in mid-afternoon trading Wednesday.