Biotech startup Compass Pathways (NASDAQ:CMPS) got good news in the U.S. election last night when Oregon became the first state in the nation to legalize the use of psilocybin -- the active ingredient in psychedelic mushrooms -- as a therapeutic treatment in mental healthcare.

Oregon Measure 109, named the Psilocybin Program Initiative, was approved with 56% of the vote, according to the Associated Press. Compass Pathways is in phase 2b of clinical trials for the use of psilocybin therapy to treat mental illness. 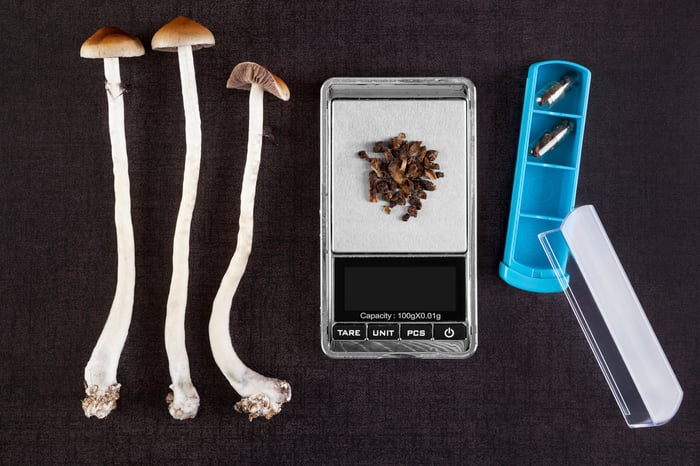 The company's treatment has received breakthrough therapy designation from the U.S. Food and Drug Administration (FDA), allowing it to expedite the development and review of the therapy.

Psilocybin is a naturally occurring chemical in many species of mushrooms that can cause hallucinations and has been used as a recreational psychedelic drug since at least the 1960s.

The Oregon Psychiatric Physicians Association opposed the ballot measure, with the concern that research on the therapy is still in early stages. But Compass plans to have its phase 2b clinical trials completed by the end of 2021, chairman, co-founder, and chief executive officer (CEO) George Goldsmith stated in a recent CNBC interview.

Shares of Compass have approximately doubled since its initial public offering (IPO) on Sept. 18 at $17 per share.