Shares closed up 3.5% in Wednesday's after-hours trading session. We can attribute the market's initial reaction to both revenue and earnings coming in higher than the Wall Street consensus estimates. This after-hours performance bodes well for the stock's performance on Thursday.

Wall Street had been expecting EPS of $0.78 on revenue of $29.6 million, so IIP easily surpassed both estimates.

Revenue growth continues to be driven primarily by the acquisition of new properties, along with contractual rental increases at some properties.

The company ended the period with $161.1 million in cash and cash equivalents and $451.2 million in short-term investments, totaling $612.3 million. It has no debt, other than $143.7 million of unsecured debt. 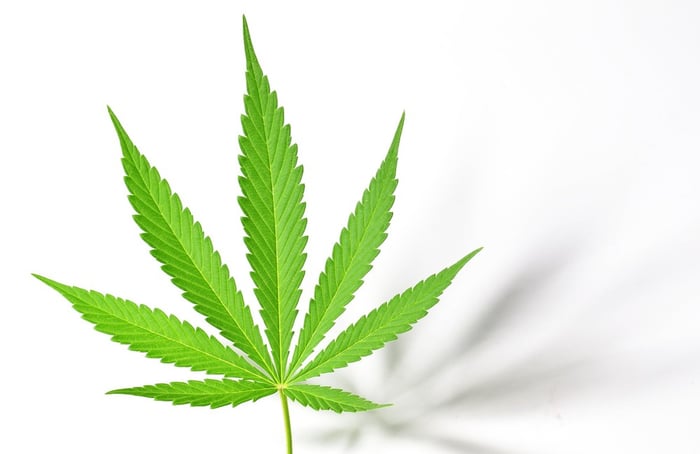 What happened with Innovative Industrial Properties in the quarter (and since the quarter ended through Nov. 4)?

The company did not enter any new states in the third quarter.

There have been no adverse changes since last quarter on the topics of rent deferrals and collections. So, I'll provide an update after reiterating what I wrote after Q2 results were released:

[When Q1 results were released], the company reported that it had "worked with three of its 21 tenants to provide temporary rent deferrals" to essentially give them some financial breathing room during the early stages of the pandemic. These deferrals were "structured to apply a portion of the security deposit IIP holds under each lease to pay April rent in full, defer rent for May and June in full, and provide for the pro rata repayment of the security deposit and deferred rent over an 18-month time period starting July 1."

The company reported that all three tenants are current on their rent under the terms of the rent deferral agreements. Moreover, IIP hasn't entered into any such agreements with any additional tenants.

The update: All three tenants that received rent deferrals paid rent in full for July, August, September, and October, including pro rata repayments of the security deposit and deferred rent. IIP hasn't entered into any such rent deferral agreements with any additional tenants.

Innovative Industrial Properties turned in another robust quarter, despite the challenges associated with the pandemic.

The company isn't holding a Q3 earnings call, so we won't have any management color on topics such as deal pipeline. (Management generally just holds calls after the release of results for Q2 and Q4, though made an exception in Q1 due to the then new COVID-19 crisis.)

One thing we know for sure, however, is that IIP's potential market size just got a little bigger, thanks to the Nov. 3 election. The company buys properties in states where medical marijuana is legal, and that number increased by two to 36 (along with Washington, D.C.) after voters in Mississippi and South Dakota voted to legalize marijuana for medical use. (As an aside, residents in four states -- New Jersey, Arizona, Montana, and South Dakota -- gave the green light to legalize recreational marijuana.)