In an interview with WAMC Northeast Public Radio on Thursday, Gov. Andrew Cuomo said that legalizing recreational marijuana in New York is very possible and could even happen soon.

"I think that this year [recreational legalization] is ripe because the state is going to be in desperate need of revenue."

He added, "I think the pressure is going to be on because we are going to need the money so badly, and you have such a [budget] gap now, I think it's going to be an easier conversation." 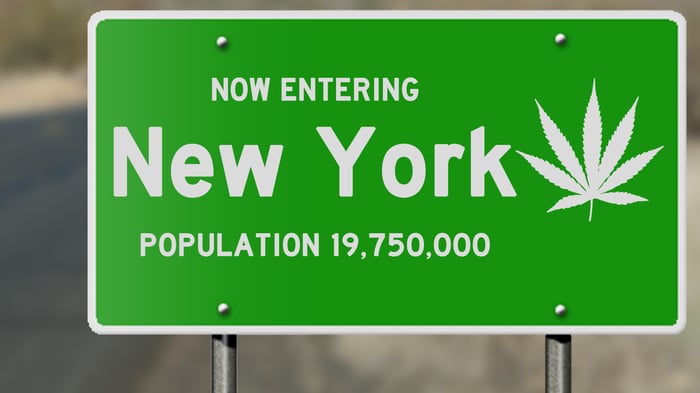 Cuomo claims he's been an advocate for full legalization in his state for years. In reality, he's waffled. In April, for example, he described legalization as "not likely" before the end of 2020. Since then, however, the coronavirus pandemic has not abated, badly affecting the global economy and battering New York's in particular.

Cuomo is also facing extra pressure from the legalization of recreational marijuana in New Jersey, New York's neighbor and eternal rival. On Election Day, Garden State voters approved the measure by a two-thirds majority. Two other neighboring states, Vermont and Massachusetts, have been fully legal for some time now.

New York currently allows only the consumption and sale of medical marijuana. Chicago-based Cresco Labs (OTC:CRLBF) is already operating medical cannabis dispensaries in New York. Sunnyside, a retail brand operated by Cresco, has four stores there -- two upstate, one in Brooklyn, and one on Long Island.

Cresco's stock had a good day Friday, rising by 3% against the stagnant S&P 500 index.