Shares of Alteryx (NYSE:AYX) have plummeted today, down by 18% as of 1:15 p.m. EST, after the company reported third-quarter earnings. The results topped Wall Street's expectations but guidance for the fourth quarter was lacking.

Revenue in the third quarter increased 25% to $129.7 million, which was ahead of the consensus estimate of $119.7 million. That translated into adjusted net income of $27.1 million, or $0.39 per share, compared to the $0.14 per share in adjusted profits that analysts were modeling for. The analytics technology company ended the quarter with nearly 7,000 customers and reported a dollar-based net expansion rate of 124%. Annual recurring revenue (ARR) is now $449.5 million. 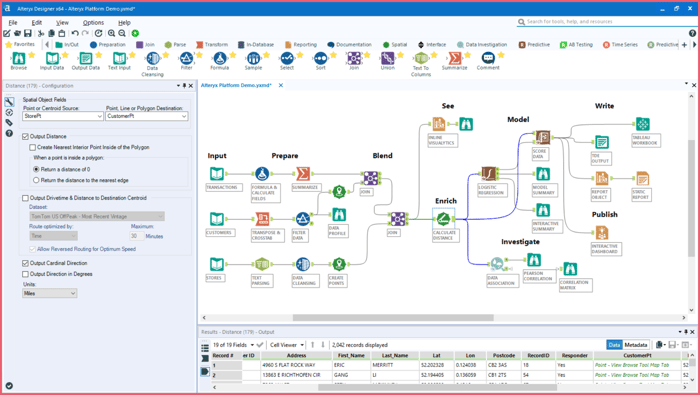 "Alteryx has a unique combination of passionate and engaged customers, differentiated technology, a high growth market and strong talent," CEO Mark Anderson said in a statement. "The analytics market that we play in is extremely dynamic, and we need to continually evolve to meet the ever-increasing needs of our customers as they seek to leverage their data assets and run smarter."

Alteryx's guidance for the fourth quarter calls for revenue in the range of $146 million to $150 million, which is light compared to the consensus estimate of $151.5 million in sales next quarter. That should result in adjusted earnings per share of $0.27 to $0.31, while analysts are expecting $0.41 per share in adjusted profits. The forecast should bring full-year 2020 revenue should be $481 million to $485 million, and Alteryx expects to finish the year with ARR of $500 million.