Inovio Pharmaceuticals (NASDAQ:INO) made headlines in the spring as it became one of the leaders in the coronavirus vaccine race. The clinical-stage biotech designed its potential vaccine in three hours based on the genetic sequence of the coronavirus. And it became one of the first to launch a human trial of its potential vaccine -- only a month behind one of today's leaders, Moderna (NASDAQ:MRNA). As a result, Inovio shares soared 860% in the first half of the year.

But troubles have since shaken the coronavirus vaccine candidate program -- and the stock price. Investors were disappointed by a lack of detail in Inovio's initial trial data report, and more recently, the U.S. Food and Drug Administration halted the start of the company's late-stage study. The shares are now down 69% from their June peak.

But the turmoil may soon be over. This month represents a point at which all will improve -- or everything will get much worse. Let's take a closer look. 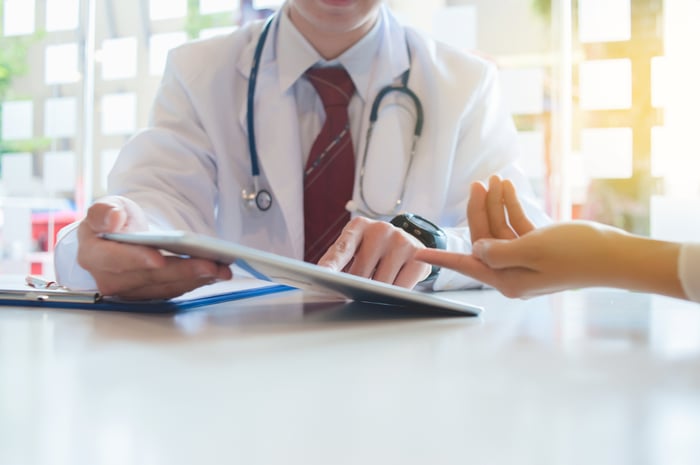 The FDA in late September placed a partial clinical hold on Inovio's planned phase 2/3 trial. The FDA had additional questions about the trial and about the device Inovio uses to deliver its coronavirus vaccine candidate. In a statement to the Philadelphia Business Journal on Nov. 2, Inovio said it had responded to the FDA's questions. Inovio didn't say when it replied, but the company initially planned on doing so during the month of October. From that point, the FDA has 30 days to contact Inovio with a decision about whether the trial can move forward. That means we probably can expect an FDA reply this month.

And this isn't the only problem that has plagued Inovio. When the company reported interim phase 1 data on June 30, it said 94% of trial participants showed an immune response based on binding and neutralizing antibody activity and T-cell response. That's positive. But unlike Moderna, Inovio didn't provide specific levels of neutralizing antibodies, which are seen as key since they block infection. Investors sanctioned the stock, and it fell 27% in one trading session.

Update on the trial

In the August earnings report, Inovio offered an update on the trial. The company said 100% of volunteers showed overall immune response -- but still didn't offer further details on antibody levels. Inovio said the full report was undergoing peer review for publication in a medical journal.

As investors grew eager for more detailed data, they also began to worry about Inovio's funding levels and production capacity. Operation Warp Speed (OWS), the government effort to shepherd a vaccine to market, has awarded billions to biotech and pharmaceutical companies including Moderna. (Moderna, in fact, has won $2.5 billion in support from the U.S. government.) But OWS hasn't granted funds to Inovio. The company's awards, from the Department of Defense and private organizations, only total $110 million.

It's clear that funding levels and manufacturing capacity represent challenges for Inovio. And the lack of detail in the phase 1 data report makes it difficult for investors to assess the strength of the vaccine candidate. But the biggest headwind facing Inovio right now is the FDA's latest action. As mentioned above, the resolution of this story is likely to happen by the end of November.

Room for more than one player

If the FDA's response is favorable, this might be the positive catalyst Inovio shares need. They may not return to their June highs, but it's likely they would recover some terrain. As for the vaccine program, it's clear Inovio won't reach the finish line first. Inovio had expected to start the study in September, so it will have fallen behind by at least six weeks. And the company, at this point, doesn't have the capacity or funding to become the leading player. But need for a coronavirus vaccine opens up room for more than one player -- even those that are late to the finish line. If Inovio's data are solid, the company may eventually carve out market share.

And finally, another positive: Success in this program may boost investor confidence in Inovio's other pipeline programs. That's because all of Inovio's programs are based on the same technology. The company injects DNA plasmids -- made from the DNA sequence of a virus or tumor -- intradermally or intramuscularly. This spurs production of an antigen that then will trigger the body's immune response.

It's impossible to predict whether the FDA will allow Inovio's late-stage trial to proceed. But there are two positive points regarding the hold. First, it wasn't linked to an adverse event in the vaccine candidate's phase 1 trial. And second, the FDA allowed the phase 1 trial to continue. Still, if the FDA response is negative, Inovio's coronavirus vaccine hopes may be dashed. And don't expect anything positive from share performance.

So, what's an investor to do? Right now, during this critical month, it's best to watch the Inovio story from afar.