Shares of TAL Education Group (NYSE:TAL) slipped 12.6% in October, according to data from S&P Global Market Intelligence. The stock fell after the company reported second-quarter earnings late in the month and then moved lower amid a sell-off for the broader market. 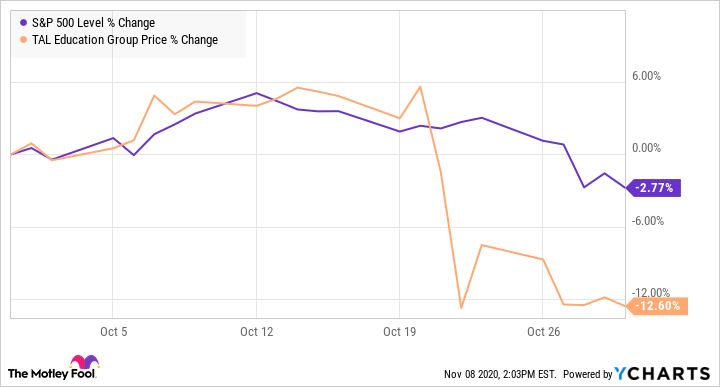 TAL published third-quarter results on Oct. 22, delivering top- and bottom-line results that fell short of the market's expectations. The company posted non-GAAP (adjusted) earnings per share on revenue of $1.1 billion, while the average analyst target had called for per-share earnings of $0.11 on sales of $1.12 billion. 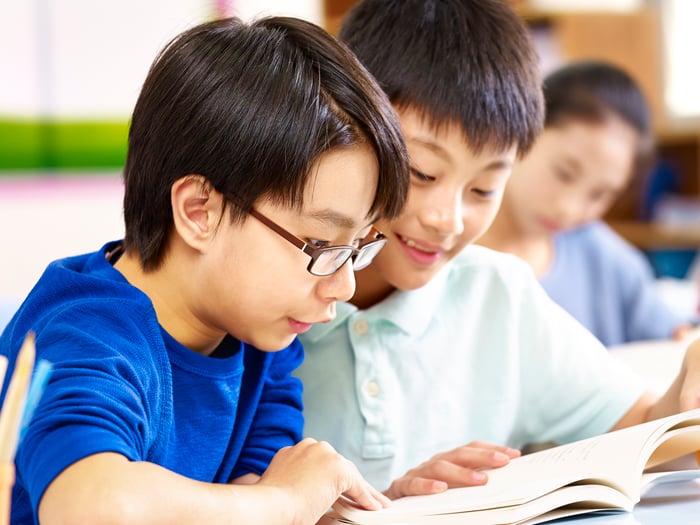 Despite missing Wall Street's sales and earnings targets, TAL registered another quarter of strong sales and enrollment numbers. The Chinese company reported a 20.8% year-over-year sales increase in the second quarter,and its operating loss narrowed from $60.8 million in the prior-year period to $49.1 million in this year's quarter. Total student enrollments for normal-price, long-term courses climbed 65% year over year to reach roughly 5.63 million.

TAL Education stock has regained some ground amid momentum for the broader market in November. The company's share price is up roughly 7% in the month so far. 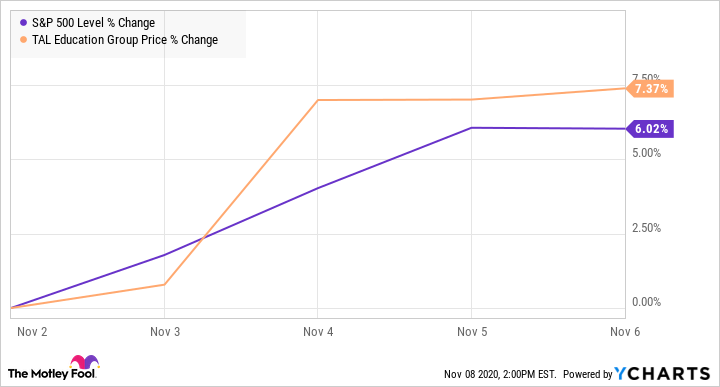 TAL is guiding for third-quarter revenue to between $1.061 billion and $1.094 billion, good for growth of roughly 30% at the midpoint of the target.

TAL Education has a market capitalization of roughly $42.8 billion. The company is valued at roughly 9.8 times this year's expected sales and 126.3 times expected earnings.