The largest electrical utility in North America, Florida-based NextEra Energy (NYSE:NEE), is trying to become even larger, according to a new report. Citing unnamed "people familiar with the matter," Reuters reports that the energy giant has made a $15 billion bid for Kansas City-based utility Evergy (NYSE:EVRG).

This news comes on the heels of NextEra's rejected bid to buy fellow electric giant Duke Energy in September. 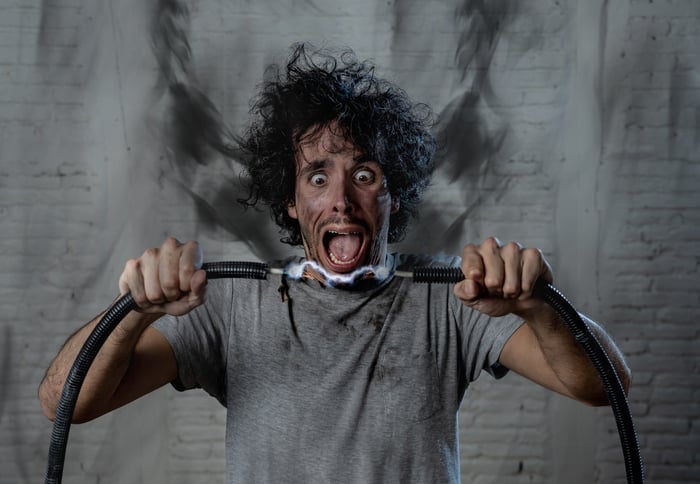 Your money's no good here

NextEra seems determined to acquire another electric utility, but its track record isn't good. While it did manage to pick up Gulf Power from Southern Company in 2019, Gulf was fairly small, with only about 500,000 customer accounts. The Duke merger, on the other hand, would have been a more-than-$60 billion affair, easily the largest merger ever seen in the U.S. utility industry.

Similar acquisitions proposed by NextEra have been stymied in recent years. In 2016, regulators nixed the company's proposed $4.3 billion purchase of Hawaiian Electric Industries, and in 2017, Texas regulators shut down NextEra's attempt to acquire Oncor Electric Delivery for $18.7 billion. A bid to acquire South Carolina's state-run Santee Cooper utility is on hold.

Kansas City, here I come (or not)

Like NextEra, Evergy owns two separate electric utility businesses: Kansas City Power & Light and Westar Energy. In addition to Kansas City, the utility serves the eastern half of Kansas and the northwestern portion of Missouri. It has about 1.6 million customer accounts and 11.6 gigawatts of generation capacity. Evergy reportedly felt the $15 billion offer was inadequate and also raised concerns about regulatory hurdles.

One thing is clear: NextEra is determined to make an acquisition, but just what it is or where it is remains to be seen.