A new era for Apple (NASDAQ:AAPL) has begun. On Tuesday, the company held the latest in a long series of product unveilings, taking the wraps off a new line of its Mac computers powered by an Apple-branded processor.

The event, which it attempted to shroud in mystery (as per the company's habit), revealed to the world new versions of the MacBook Air and MacBook Pro laptops, and an updated Mac Mini desktop; this was widely expected by Apple watchers.

The "brain" of all three is the M1, a processor the company developed especially for Macs. The M1 replaces the Intel chips Apple had been using in its machines since 2006. 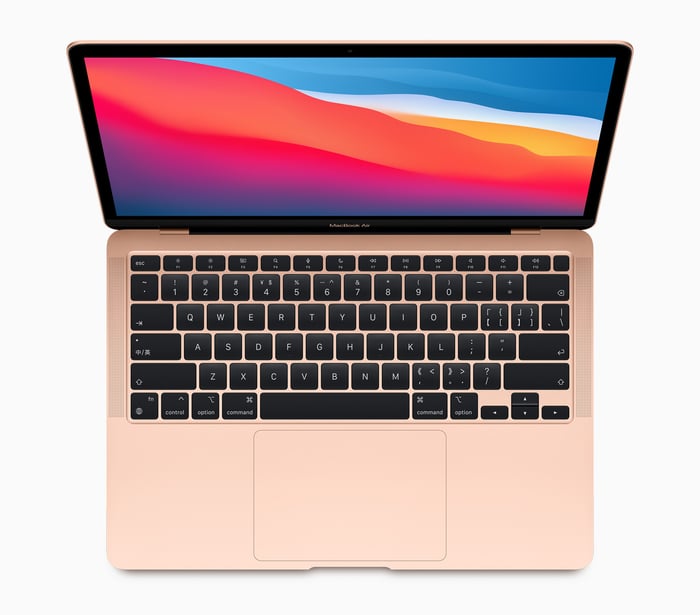 The two MacBooks will run on Big Sur, the latest version of the company's long-standing MacOS operating system. The new MacBook Air starts at $999, the MacBook Pro will cost a minimum of $1,299, and the Mac Mini begins at $699.

All three models are already available for pre-order; they will appear in stores on Monday, Nov. 17.

CEO Tim Cook was quoted as saying that the inclusion of the new Apple processor in the trio of products is "a bold change that was years in the making."

"M1 is by far the most powerful chip we've ever created, and combined with Big Sur, delivers mind-blowing performance, extraordinary battery life, and access to more software and apps than ever before," he added.

The Tuesday event was the second of Apple's product unveilings in the space of a month. In October, the company showed off its new iPhone 12 line, plus a new smart speaker called the HomePod Mini (a somewhat scaled-down version of its HomePod model).