Rocket Companies (NYSE:RKT) delivered another strong quarter, turning a profit of nearly $3 billion, or $1.21 diluted earnings per share, on total revenue of $4.6 billion. Both figures topped consensus estimates for the third quarter.

Quarterly net income was up more than 500% from the the third quarter of 2019 but down about 13% from the linked quarter .

The low-rate environment prompted a wave of refinancing activity which enabled Rocket to close a record of nearly $89 billion of loan-origination volume. That's more than the $72.3 billion Rocket closed in the second quarter . 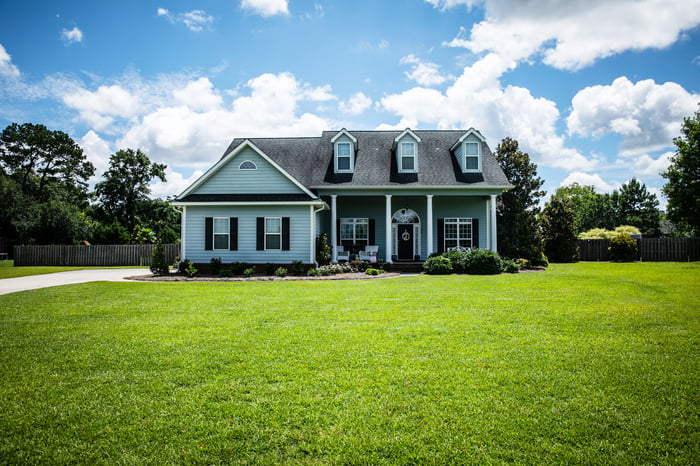 "Rocket Companies assisted more clients in the third quarter of 2020 than any quarter in our 35-year history," Jay Farner, CEO of Rocket Companies, said in the earnings release. "More importantly, the Company did this while maintaining industry-leading margins and profitability, demonstrating the sheer power of our platform as Rocket executes at incredible scale."

Although Rocket did service more customers than ever before, its revenue dropped from the linked quarter because the gain-on-sale margin on those loan volumes declined in the third quarter.

Mortgage servicing represents the fees that Rocket earns from handling the administrative burden associated with loans it sold into the secondary market.

So even though Rocket doesn't collect interest payments on those loans, it gets paid to continue servicing them, which includes activities such as collecting mortgage payments and passing them onto the owner of the loan.

When refinancing activity surges, the value of mortgage servicing typically declines because it gives homeowners the potential to pay off their mortgages sooner, eroding future income.

The positive-earnings report from Rocket did not help the company's stock, even as bank, real estate, and other financial stocks have generally surged this week.