Imagine my surprise then, when I learned that Utz Brands is now a publicly ­traded company -- and that it has been public for months, in fact, after going public in a SPAC-sponsored IPO in August. And imagine my surprise when I learned that not only is Utz now a public company -- but that its stock price just shot up 8.6% today (as of 2:25 p.m. EST). 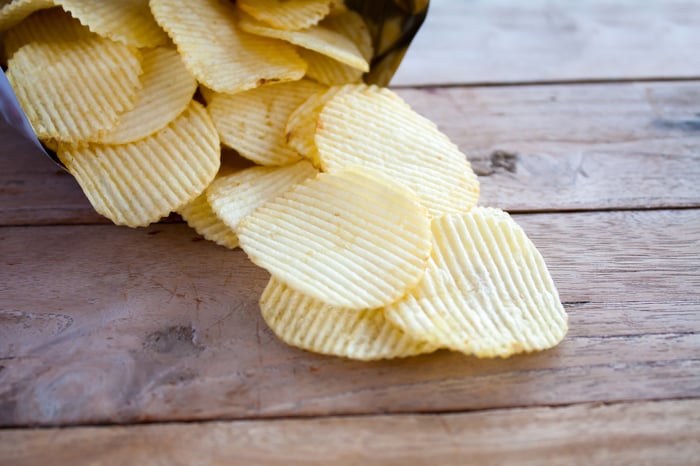 Why is Utz up today?

Turns out, just "going public" wasn't enough for Utz, and just making potato chips wasn't enough for Utz either. So this morning, Utz announced that it's teaming up with Heron Holding Corporation to buy "On the Border" tortilla-chip maker Truco Enterprises from its current owner, private equity firm Insignia Capital Group.

Utz will be paying $480 million to acquire Truco, which the companies say represents a valuation of 9.2 times 2020 estimated "adjusted" earnings before interest, taxes, depreciation, and amortization (EBITDA). It will give Utz control of the No. 3 tortilla chip brand in the U.S.

The acquisition is slated to close in December of this year, and Utz says it expects the purchase to be "accretive to earnings in 2021 and beyond," thus boosting its profits next year. In that regard, it's worth pointing out that analysts who follow Utz are already predicting that Utz's earnings will leap 28% in 2021, compared to the $0.36 per share the company is expected to earn this year.

With "On the Border" tortilla chips now coming in-house, you can probably expect those earnings to grow even more.