Investors can't complain about Agile Therapeutics' (NASDAQ:AGRX) stock performance so far this year. The drugmaker's shares are up nearly 17% year to date after a strong rebound from the market meltdown in the first quarter of 2020.

Agile announced its third-quarter results after the market closed on Thursday. Here are the highlights from the company's Q3 update. 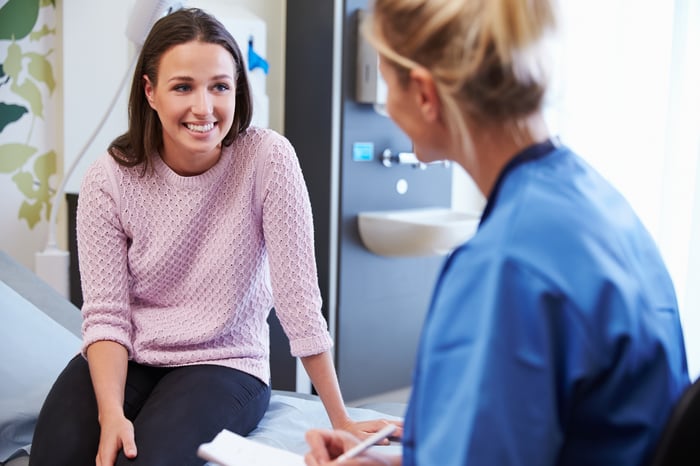 Agile Therapeutics doesn't have an approved product on the market yet. It doesn't have any active collaborations underway, either. As such, the company reported no revenue for the third quarter.

The small drugmaker had plenty of expenses, though. Agile announced Q3 total operating expenses of $14.7 million, a 227% jump from the $4.5 million reported in the prior-year period.

Agile ended the third quarter with cash, cash equivalents, and marketable securities of $71.9 million. The company's cash stockpile stood at $34.5 million as of Dec. 31, 2019.

The big story for Agile Therapeutics in Q3 was its preparation for an anticipated commercial launch of its Twirla contraceptive patch. Agile expanded its distribution network for Twirla during the quarter by signing a deal with its third major U.S. wholesaler.

The company also launched a national campaign called "I'm So Done" in September. The purpose of this campaign is to educate women about contraceptive methods.

In addition, Agile strengthened its management team in August by naming Paul Korner as chief medical officer. Korner is a board-certified obstetrician and gynecologist. His background includes over two decades in the pharmaceutical and biotech industry.

Agile projects operating expenses of $52 million to $54 million for full-year 2020. The company anticipates that general and administrative expenses will account for 70% of total spending with its commercial infrastructure.

The main thing to watch with the small pharma stock is its commercial launch of Twirla in December 2020. Agile Therapeutics CEO Al Altomari said, "Having our first FDA-approved product nearing launch marks an exciting time for Agile and we look forward to bringing to the market another choice for women to help fulfill their contraceptive needs."

Agile hopes that Twirla will quickly gain market share from Mylan's Xulane contraceptive patch. It won't technically compete against Mylan, though, since the drugmaker's merger with Pfizer's Upjohn unit to form a new company called Viatris will close within the next few days.