The stock market has been booming as vaccine hopes and a gridlocked U.S. government have been music to the industrial sector. For now, the pandemic continues to rage, and there remains a great deal of uncertainty as to how the American economy -- and the country's way of life -- will adjust to a post-pandemic environment.

Dividends provide income to investors in good times and bad. Dividend Aristocrats, an esteemed class of companies that have increased their dividend every year for at least 25 consecutive years, add an extra layer of certainty to that benefit. Sherwin-Williams (NYSE:SHW), Caterpillar (NYSE:CAT), and Illinois Tool Works (NYSE:ITW) are three Dividend Aristocrats that are outperforming the market and remain well-positioned to reward investors handsomely for years to come. 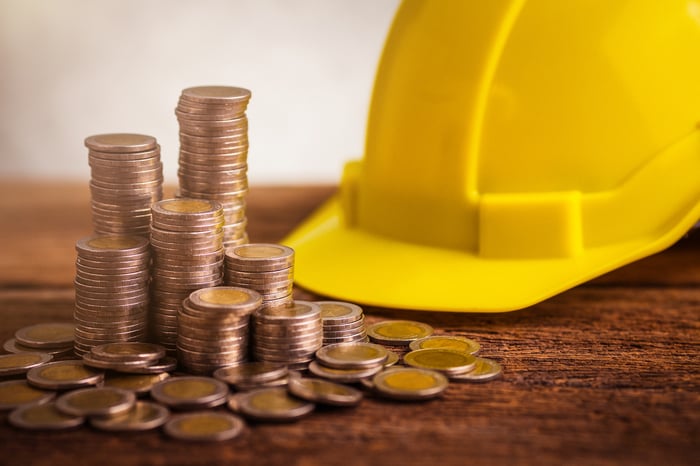 Sherwin-Williams, one of the largest industrial paint and coatings manufacturers and retailers, has had an incredible year. Like other do-it-yourself (DIY) businesses, Sherwin-Williams has benefited from folks rolling up their sleeves and accomplishing home improvement tasks during the pandemic. Shares have outperformed the market and are up 24% year to date (YTD). 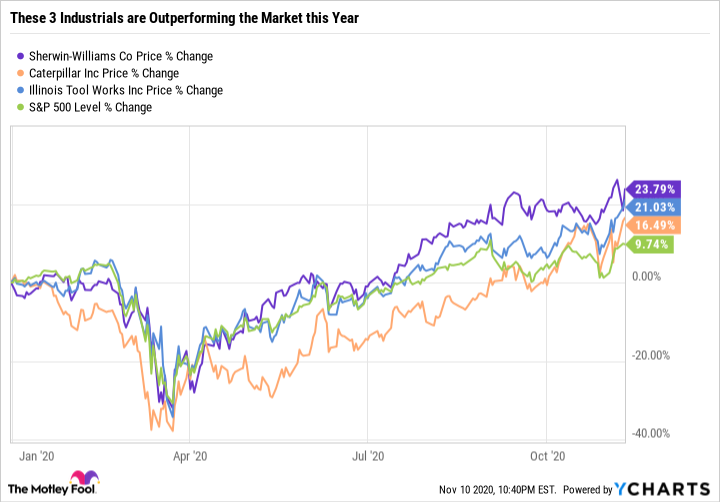 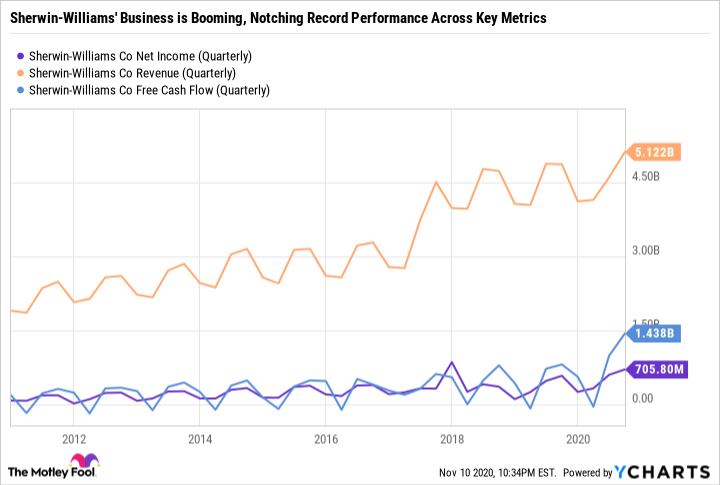 For a large industrial stock to grow earnings double digits during a pandemic is impressive, especially considering that several segments of Sherwin-Williams' business are down. Although every segment grew year-over-year third-quarter revenue and profit, the company's Americas group is only expected to grow sales low single digits, as commercial, property maintenance, and protective and marine were down in the third quarter. Similarly, the performance coatings group, which is more industrial and commercial in nature, is expected to be down mid-single digits. Digging into the numbers, it's clear that the consumer brands group, expected to grow sales in the high teens this year, is one of the main catalysts driving the company's outperformance.

Unlike Sherwin-Williams, Caterpillar has not benefited from pandemic-related tailwinds. Caterpillar's customers aren't exactly chomping at the bit to purchase brand new industrial and earth-moving equipment. The good news is that outside of Caterpillar's North and South American segments, its business is doing fairly well. A vaccine would likely bolster Caterpillar's North American sales, but its third-quarter results proved the company is generating plenty of cash, even now, to cover its dividend. 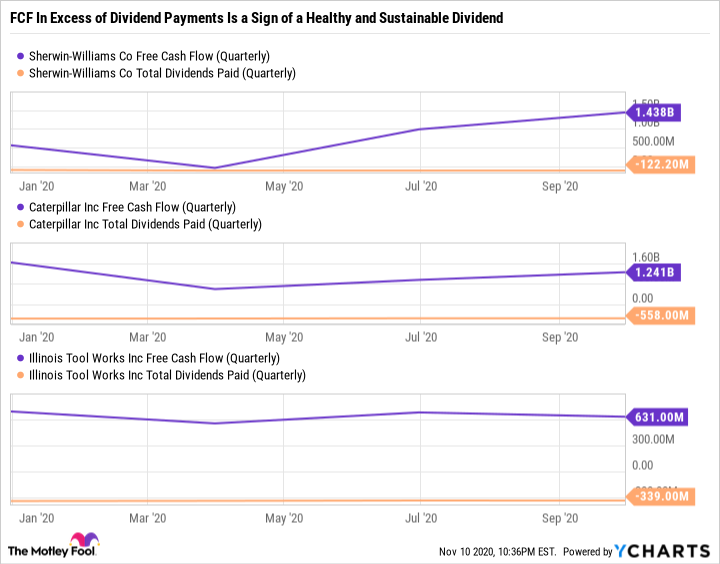 Machinery, Equipment, and Transportation (ME&T) FCF nearly doubled compared to the second quarter, showing that its business is rebounding from the worst of the pandemic. Caterpillar expects its operating margins to continue to improve in the fourth quarter. The COVID-19 pandemic has tested the durability of Caterpillar's cyclical business, which has ultimately proved to be resilient thanks to its global portfolio and financial position. Caterpillar's North American business is now less than 50% of its sales, and its growth in China has helped to offset poor performance. A vaccine, a return to economic growth, and surging crude oil prices all help Caterpillar. In the meantime, it will pay investors to wait with a dividend that yields 2.4%.

Illinois Tool Works is one of the largest and most diversified industrial manufacturers. Like Caterpillar, it is a global company, generating just 53% of 2019 sales from North America.

Illinois Tool Works is one of the longest-tenured Dividend Aristocrats, increasing its payment for 48 consecutive years. The company is generating plenty of FCF to support its dividend, which yields 2.1%. For the nine months ended Sept. 30, 2020, Illinois Tool Works generated less revenue and income, but was able to generate nearly as much FCF as the same period last year, and converted much more of its net income into FCF.

During its conference call, management said that the third quarter recovery exceeded its expectations and that its FCF was better than what the company expected. CFO Michael Larsen noted that "every segment responded effectively to the increase in demand recovery and improved sequentially on both revenues and operating margin."

Sherwin-Williams, Caterpillar, and Illinois Tool Works have all responded to the pandemic in a seemingly effective way. All three industry leaders are generating plenty of cash to cover their dividend payments and look to be safe investments with upside potential to capitalize on an improving economy.