Telehealth companies Teladoc (NYSE:TDOC) and American Well (Amwell) (NYSE:AMWL) have seen their share prices soar this year, thanks to pandemic-related restrictions that have spurred consumers to use virtual care platforms for their medical needs. Teladoc's stock price is up more than 115% year to date while Amwell, which had its initial public offering (IPO) in September, is up more than 10%.

The stocks for both companies may have overheated, however. Neither is turning a profit yet, and upon news this week about Pfizer's (NYSE:PFE) successful trials regarding its COVID-19 vaccine candidate, the chances that next year will be better than this year for telehealth are narrowing. One of the driving factors for telehealth was that patients were concerned about the safety of visiting a doctor's office or hospital. Once those fears decline, many will go back to in-person visits.

However, that doesn't mean telehealth is totally going away. The pandemic has accelerated the growth of telemedicine, and its cost savings and convenience are winning over many companies and individual users. A recent study by Fortune Business Insights estimates telehealth revenues of $559.5 billion by 2027, with a compound annual growth rate (CAGR) of 25.2% over the next seven years.

It may make sense to wait for Teladoc and Amwell's shares to come back down to earth a bit before investing in either stock. But when that happens, which one is the best long-term play? 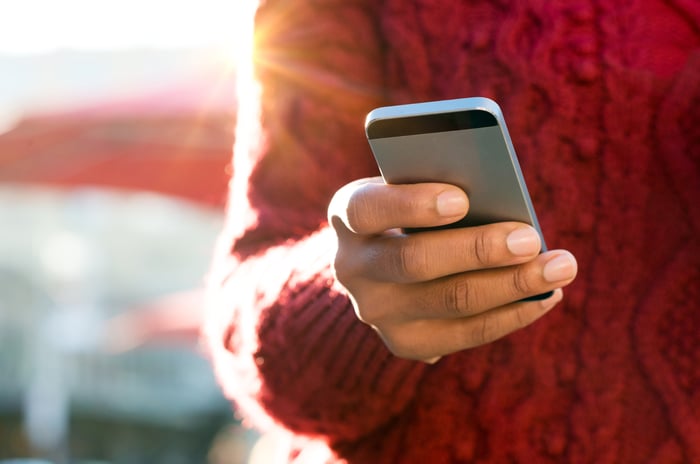 The case for Amwell

Think of Amwell as a platform that provides virtual services for health providers. It is growing revenues quickly. It reported $122.3 million in revenue in the first six months of the year, a rise of 77% year over year. It has a big-name partner in Google, which has provided $100 million in backing and owned 7.5% of the company at the time of its IPO. It also has a big-name client in health insurer Anthem, which provides nearly a quarter of the company's revenues, though Amwell services 55 other insurance plans too. Getting to this point, however, has been expensive; Amwell lost $113.4 million in the first six months of 2020.

Amwell's potential is definitely there. Counting the health plans it is on now, 80 million members have Amwell as a covered benefit, compared to 51.5 million for Teledoc. In the long run, the move to get more people using telehealth has a lot to do with making the experience enjoyable for consumers. Amwell scored well in a recent J.D. Power customer satisfaction survey, with a top score of 885 among telehealth services. Teledoc finished fourth with 854 points.

The case for Teledoc

Teledoc has been in existence since 2002, so it has first-mover status in the industry and has earned name recognition. In the third quarter, it reported revenue of $288.8 billion, up 109% over the same period in 2019, and it grew total visits to 2.8 million, a 206% year-over-year increase.

The company still lost money in the quarter, with a reported net loss of $35.9 million, compared to $20.3 million year over year. However, the company said that $25.2 million of its losses were related to the company's merger with diabetes patient management platform Livongo, in a deal that was finalized on Oct. 30, and to its purchase of InTouch Health.

The $18.5 billion deal with Livongo should give Teladoc annual gross run-rate synergies of $500 million by 2025, Teladoc said. The deal, which gives Teladoc a 58% stake in Livongo, allows the company the ability to reach brand new customers. The two companies separately said they had less than 25% overlap of customers. This year, the combined company said it expects its adjusted EBITDA to be more than $120 million.

This isn't an easy choice

Over the past month, both healthcare companies' shares have dropped. Expect that trend to continue, but probably just in the short term.

While it's easy to see how telemedicine's growth could slow in 2021 as the pandemic subsides, the long-term prospects for telehealth initiatives are still trending up. The number of people who have had at least one telehealth experience has nearly tripled since last year, according to Amwell research.

Both companies have solid backing and will continue to be major players in the space. Of the two, I like Teladoc the most because of its record of earnings growth. The deal with Livongo is only going to accelerate that growth, and the company is probably only a year or two away from profitability. I can't say that yet about Amwell. It seems to have a solid platform and so-far satisfied customer base, but with so much yet unproven about the new company, I see Teladoc as the better play for now.