Picking out winning stocks is hard, especially when you are just starting to invest. The universe of companies to pick from is very large, which can make it difficult and intimidating for anyone new to the market.

But it is important to take that first step. Here are two companies that check a lot of boxes that should allow them to continue outperforming the market and rewarding shareholders. 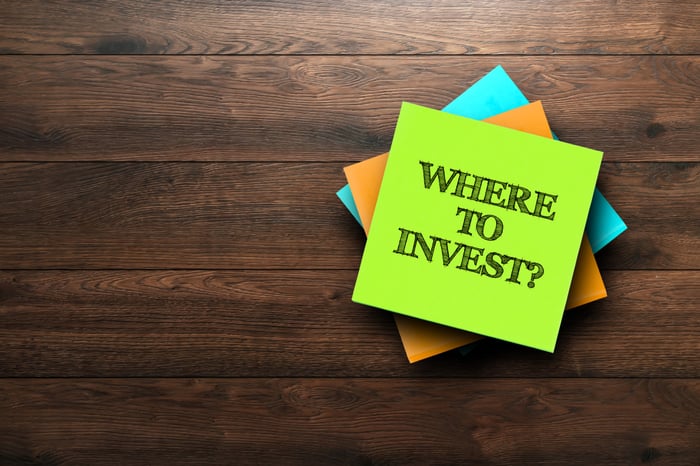 Costco (NASDAQ:COST) operates warehouse clubs that offer a wide range of high-quality merchandise at low prices. It charges members an annual fee to shop at its stores, but the value proposition has been appealing to an increasing number of consumers.

Since Costco clubs have stayed open through the pandemic, people rushed to these stores when COVID-19 restrictions were in place. However, looking beyond 2020, the company has produced strong results over the last several years with positive comps and higher operating income. In just the last five years, its operating income expanded from $3.6 billion to $5.4 billion.

Costco also has a history of raising dividends, including earlier this year when the board of directors increased the quarterly payout from $0.65 to $0.70 per share. The stock yields 0.7% as of this writing, so there are certainly better income stocks, but the company also offers good price appreciation potential. And while you shouldn't count on it, Costco has also paid special dividends in the past with the last one totaling $7 per share in 2017.

Lastly, new investors should find its robust balance sheet reassuring. There was $13.3 billion of cash and short-term investments on hand with just $7.6 billion of debt.

Nike (NYSE:NKE) has not fared as well during the COVID-19 padnemic, which hurt results as both the company and other retailers closed their doors. In the fiscal fourth-quarter (ended May 31), adjusted revenue fell 38% year over year to $6.3 billion, and the bottom line flipped to a $790 million loss versus a $989 profit in the year-ago period. However, the long-term growth story remains intact.

It has stayed on top of the athletic shoe and apparel market for a long time by constantly innovating, and its marketing prowess, with legions of endorsements from prominent athletes and teams, is renowned. As retail stores reopened and the company's products became more widely available, results improved. Its fiscal 2021 first-quarter adjusted revenue was flat year over year, and its net income actually grew 11% to $1.5 billion.

Granted, Nike's $0.245 quarterly dividend, good for a 0.8% yield, isn't stellar. But the company has consistently grown its payout over the past several years.

This is also another company with a strong balance sheet. Nike had $9.5 billion of cash and short-term investments at the end of August, though debt totaled a similar $9.4 billion.

With these two industry leaders, you can sleep well knowing their long-term prospects remain intact with healthy finances and growing dividends adding to their appeal.