Eight years after its first cargo delivery to the International Space Station (ISS), SpaceX successfully launched astronauts on their way to the space station yesterday. The launch blasted off on schedule at 7:27 p.m. EST on Sunday evening. 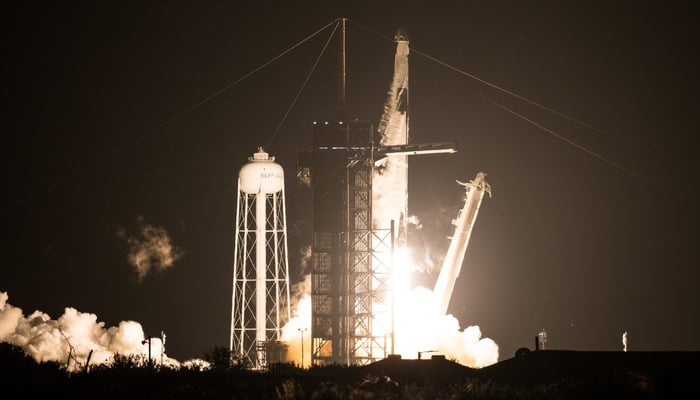 Last week, NASA officially certified the SpaceX Falcon9 and Dragon as the first commercial spacecraft system in history for transporting humans to and from the ISS as part of the agency's Commercial Crew Program.

NASA's mission, dubbed SpaceX Crew-1, is carrying three American astronauts and one from the Japan Aerospace Exploration Agency (JAXA). NASA administrator Jim Bridenstine, in a statement issued after the launch, said, "We look forward to many more years of a great partnership -- not just in low-Earth orbit but all the way to the Moon."

A short time after the launch, the lower portion of the Falcon9 rocket successfully returned with a vertical touchdown on an ocean platform. NASA and SpaceX plan to reuse the lower part of the rocket for its next commercial crew launch in the spring, something that hasn't been done previously for human flights.

The trip to the ISS will take about 27 hours, and the astronauts will remain there for a six-month science mission.

Musk's SpaceX, short for Space Exploration Technologies, has so far received more than $3.1 billion in federal funding for its commercial crew program, according to The Wall Street Journal.