As it continues its push into online ordering in the era of the coronavirus pandemic, Walmart (NYSE:WMT) announced Sunday it will sell 85% of its stake in Japanese supermarket chain Seiyu. The giant retailer will gain $1.6 billion in cash for the sale, while retaining a minority stake of 15% in its former wholly owned subsidiary. The transaction is expected to close in the first quarter of 2021.

While Walmart is being paid $1.6 billion for its majority stake, the company says the transaction will result in an approximate net non-cash $2 billion loss during its fiscal fourth quarter. It does not expect the event to impact its earnings per share for the quarter, however. 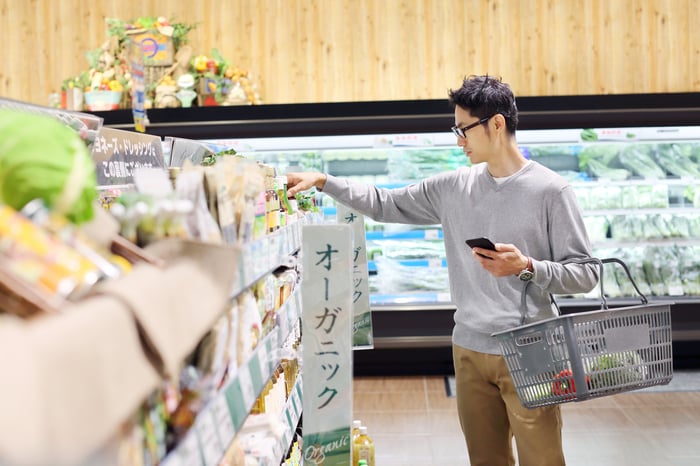 Rakuten executive VP Kazunori Takeda said in a statement his company's "deep experience in online retail and data-based marketing" will be deployed to accelerate the "digital transformation of Seiyu brick and mortar retail and further merg[e] the best of offline and online retail to offer Seiyu customers the best possible OMO customer experience." OMO stands for "online merges with offline."

Walmart's efforts to run its Seiyu subsidiary over the past 18 years have been troubled, with discount retail remaining unpopular until very recently in Japan. Its stewardship over the company saw the supermarket chain's Tokyo Stock Exchange delisting and store closures, among other problems, according to The Japan Times.

Walmart previously tried to sell Seiyu for between $2.7 billion and $4.4 billion back in 2018, but the deal fell through at that price.