Banks have not been a great sector to invest in over the past year or so. Banks typically do well when the economy is growing, as a growing economy means more borrowing and investment. It also generally means higher interest rates on loans, which is good for a bank's bottom line.

Since the coronavirus pandemic hit (and even before that), the conditions have been far from ideal for banks. The United States has gone into recession, Federal Reserve-managed prime interest rates dropped to the 0%-0.25% range, and millions of people were losing their jobs and not spending their money. Because more people were out of work and defaulting on loans, banks got hit with a high provision of credit losses, which are a huge drag on earnings.

As a result of all this, the average bank stock price plunged 30% to 40% -- and even more in some cases. 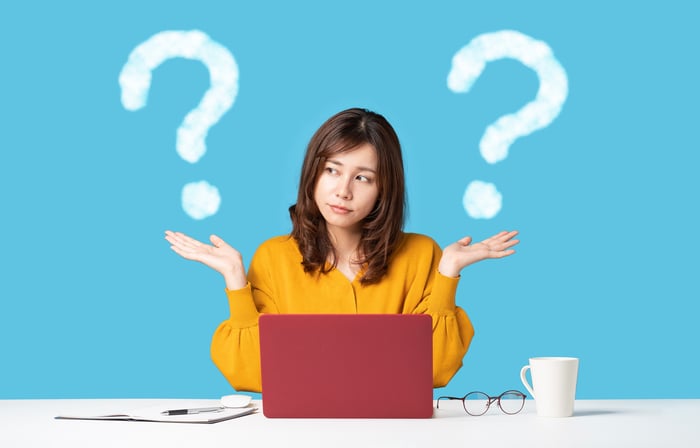 As we head toward a new year, there have been some recent positive signs for the economy that could bode well for banks, including the fifth-largest bank in the country, U.S. Bancorp (NYSE:USB).

Is now the right time to buy this devalued stock?

U.S. Bancorp has been hit as hard as any of its competitors, dealing with the issues outlined above. The stock price is down about 25.5% year to date, actually slightly worse than the average bank, which is down about 24.7% over the same time frame. But U.S. Bancorp has outperformed some of its big-bank peers in key metrics.

In the third quarter, the bank had $1.6 billion in net income, or $0.99 per share, down 17% year over year. The drop was due to lower net interest income, higher provision for credit losses, and higher expenses related to the acquisition of the State Farm credit card portfolio. Revenue was up 2.2% to $5.9 billion, led by an increase in mortgage banking revenue due to high refinancings.

Among the five largest banks, U.S. Bancorp scores well in three key metrics. One, it had the highest return on assets at 1.17%, meaning it is the most profitable in relation to its assets. Also, U.S. Bancorp had the second-highest return on equity (ROE) among the big five at 12.8%, behind only JPMorgan Chase (NYSE:JPM). ROE is a measure of net income compared to shareholder equity, which includes assets minus debt.

Given its efficiency and solid earnings power (even in the pandemic), U.S. Bancorp is a pretty good value. It has a price-to-book ratio of about 1.38, which is in good solid value territory -- slightly below where it's been for most of the past decade. But as discussed earlier, the bank's performance will largely remain tied to the economy. While expectations are high for a COVID-19 vaccine next year and a recovery to follow, there is still way too much uncertainty surrounding the pandemic, which has gotten worse in recent weeks. This could lead to additional shutdowns and stay-at-home orders over the first half of 2021 -- and potentially longer.

If you want to add a bank to your portfolio, U.S. Bancorp is probably one of the most reliable and consistent, and it will certainly generate good long-term returns. I probably wouldn't buy today, just because of the uncertainty in the near term. There are better places to put your money right now, but keep this company on your radar over the next few quarters as visibility improves.