Shares of Switchback Energy Acquisition (NYSE:SBE) popped by as much as 15% on Tuesday, and were still up by about 11% as of 1:44 p.m. EST. The special purpose acquisition company (SPAC) will be closing its merger with electric-vehicle charging network company ChargePoint in the next six weeks. But more general industry news from ChargePoint and a competitor may be moving the shares now.

On Monday, Blink Charging (NASDAQ:BLNK), which owns and operates its own network of electric-vehicle charging stations, introduced a new cable management system to help enhance its product offerings.

So why would a competitor's improved features help ChargePoint? This is an emerging technology, and advancements by individual players are likely to help lift up the overall sector. 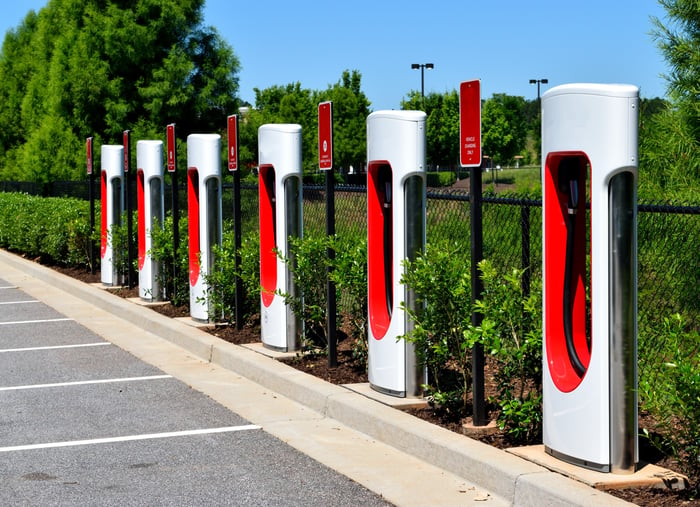 Switchback Energy highlights the massive potential of the charging market. It says that charging infrastructure investment in the U.S. and Europe is projected to be about $60 billion 10 years from now, and will triple in the decade after that.

Investors interested in the electric vehicle trend are widening their gazes beyond the automakers to infrastructure plays like Blink and ChargePoint. ChargePoint also announced Tuesday that its system now integrates with Apple's CarPlay, which is just another advancement to make it more user-friendly.

Investors seeing news from Blink and ChargePoint are looking for investment opportunities, including Switchback Energy, as it approaches the closure of its merger with ChargePoint.