Marijuana stocks Aphria (NASDAQ:APHA) and Canopy Growth (NASDAQ:CGC) have both captured the imaginations of investors looking to grow rich. Both companies are struggling to become profitable, and both are fighting for regional markets in North America amid a growing global cannabis market. But these companies are in very different phases of their life cycles.

Aphria is in the process of finding its identity as a company and establishing itself in its home markets by building its core cannabis brands. In contrast, Canopy has already laid its foundations for growth, staked out several significant market shares, and taken steps to curb its operational inefficiencies. Let's explore each company to shed some light on which might be the better pick for investors today. 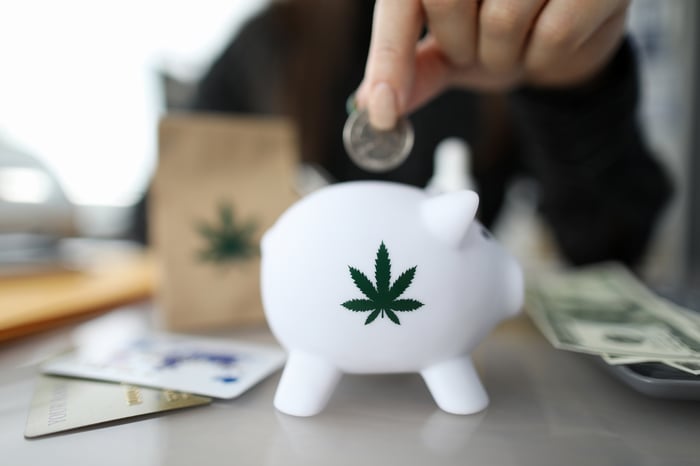 Aphria's story is only beginning

Aphria has a handful of different cannabis brands that target different tranches of the recreational cannabis market in Canada, and its mid-market Good Supply brand is quite popular. Management's most recent strategic priority is to expand its market share in Canada, particularly for its vaporizers, which are its most successful segment. In total, the company's revenue increased 15.5% during its 2020 fiscal year, so this approach seems to be working.

Though Aphria has the leading market share in two provinces, it's still catching up in others, especially along the coast. Management is looking to grow Aphria's international presence by expanding operations in Germany and Israel, by either buying or increasing its stakes in local cannabis companies.

Aphria is also planning to enter the U.S. craft beer market this December by acquiring SweetWater Brewing Company, which is located in Georgia. The purchase will cost $250 million in cash, plus about $50 million in Aphria stock. Importantly, once Aphria has completed the transaction, it'll be able to sell SweetWater's beer in its home market of Canada. This is expected to increase revenue from SweetWater brands, which totaled $67 million in 2019. While this acquisition will give the company a new stream of revenue in the short term, it does raise a red flag for investors, as brewing craft beer is not yet within Aphria's demonstrated core competencies.

Is Canopy finally ready for takeoff?

As a slightly older and larger company, Canopy's selection of product offerings is significantly more diversified than Aphria's. In Canopy's portfolio, there are brands for cannabis beverages, cannabidiol products, recreational marijuana vaporizers and flowers, and medicinal marijuana goods. Unlike Aphria, Canopy also has an important collaborator in its product development and distribution efforts: consumer packaged goods dynamo Constellation Brands (NYSE:STZ). Constellation's experience in the consumer packaged goods industry will doubtlessly buoy Canopy's competitive capabilities, especially with regards to its branding.

In terms of its market share, Canopy has a significant lead over Aphria, and it holds the No. 2 spot for the Canadian medicinal cannabis market. While it only claims 15.5% of the overall Canadian recreational market, Canopy captures a commanding 54% of the cannabis beverage segment. This means that Aphria will face an uphill battle if it follows through on its plans for selling SweetWater's beverages in Canada. Canopy is also facing off against Aphria directly in the German medicinal cannabis market, where it currently has the largest share.

Canopy's progress toward profitability is proceeding steadily, with its free cash flows increasing by 57% year over year in the most recent quarter. Selling, general, and administrative costs fell by 19%, and operational expenses as a percentage of net sales have fallen sharply across the board. Net revenue grew 77% over the same period, driven by a 43% increase in Canadian recreational sales. 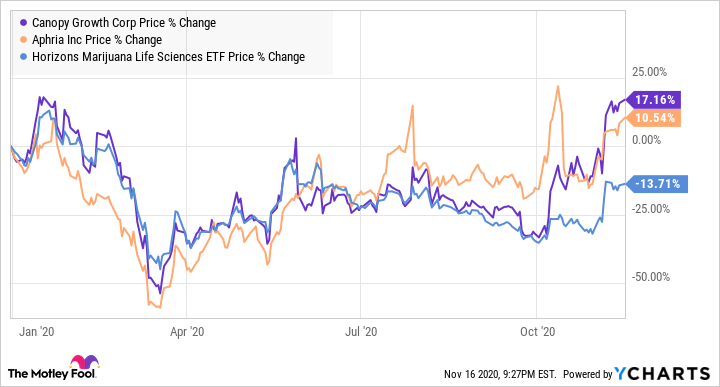 In my view, Canopy Growth is the better marijuana stock for two reasons. First, its market shares are larger, and its revenue is growing faster. Second, its costs have continued to fall for several quarters in a row, so it will reach profitability relatively soon. While Aphria isn't a bad company, it's significantly less established than Canopy, and it is probably much further out from reporting consistent profitability.