Wednesday left the stock market in a holding pattern for the most part, and the Nasdaq Composite (NASDAQINDEX:^IXIC) took a breather from its gains in recent weeks. As of 11:30 a.m. EST, the Nasdaq was up a single point from Tuesday's close, resting around 1% to 2% below its all-time record high.

Even though the Nasdaq was largely becalmed on Wednesday, the same wasn't true for some of its most exciting stocks. Lately, just about everything that has anything to do with renewable energy and its application in automobiles and other vehicles has gotten a lot of attention from investors. The same was true on Wednesday, as shares of FuelCell Energy (NASDAQ:FCEL), Lordstown Motors (NASDAQ:RIDE), and Nikola (NASDAQ:NKLA) were among the top Nasdaq gainers. 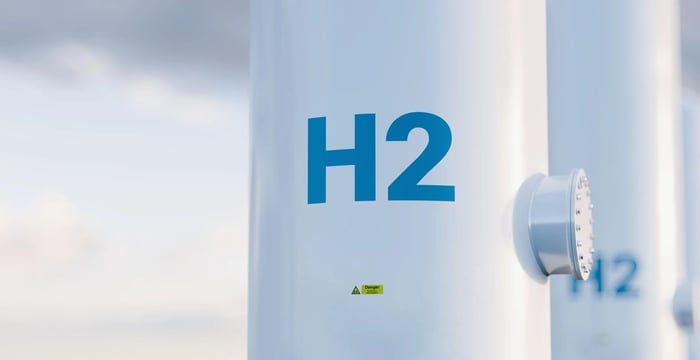 FuelCell gets its turn in the sun

FuelCell Energy was higher by 23% on Wednesday morning. The fuel cell specialist has been in the shadow of other companies for a long time, but investors are finally starting to notice the company as a viable player in a promising industry.

Typically, FuelCell has moved in tandem with hydrogen fuel cell peers like Plug Power (NASDAQ:PLUG) and Bloom Energy (NYSE:BE). However, those other companies have had to deal with some company-specific issues that have held them back, including a stock offering in the case of Plug and some negative analyst comments toward Bloom. That's left FuelCell as the remaining choice, and with a much smaller market cap than either of the other two companies, FuelCell arguably has more room for growth ahead of it as well.

Those who've followed fuel cell technology over the years know that there've been plenty of flameouts among promising companies. Plug has been one of them, going through several cycles of intriguing progress only to give way to delays and share-price declines.

It's possible that the hydrogen economy might finally be here, and with it, FuelCell could justify its recent gains. However, there's reason for investors to at least be cautious with regard to their immediate views on FuelCell's future.

Elsewhere, electric vehicle (EV) manufacturers did well. Lordstown saw its stock rise 13%, as did Nikola. Even giant Tesla (NASDAQ:TSLA) picked up another 5%, making a play toward another record high.

Some of the gains for Lordstown and Nikola might have come at the expense of Chinese rival NIO (NYSE:NIO). NIO reported third-quarter results that included a narrower loss than expected and strong readings on orders and cash flow. Yet the stock dropped 4%, perhaps because expectations have grown so much about the Chinese EV market.

But positive news is also building enthusiasm about the industry. Lordstown confirmed earlier this week that it intends to start production next September, with roughly 50,000 reservations giving it proof of demand from buyers. It's hiring workers at an accelerated pace to meet demand, and Lordstown intends to open a new research and development center and a new service center to foster its growth.

Meanwhile, Nikola remains an uncertain play due to the resignation of founder Trevor Milton and the pending status of its possible partnership with General Motors (NYSE:GM). Yet when market participants feel confident about the future, they tend to bid up Nikola along with its peers.

The Nasdaq  has historically concentrated on high-growth industries. Although most investors are most familiar with the tech giants that dominate the Nasdaq, it's increasingly clear that cutting-edge players in renewable energy and transportation also have huge potential for big gains. That's a sign that the Nasdaq is finally moving beyond tech and adopting a broader status as a growth incubator for promising companies in all sorts of industries.