Trying to time the stock market is futile when you're investing to build wealth. Recent volatility in so-called "recovery" stocks shows that some investors are moving in and out based on the latest headlines rather than sound investing principles. For investors wanting to put $5,000 in the market today, there are ways to pick the right stocks right now with less short-term risk.

It is possible to look past the day-to-day headlines and still participate in businesses that are set to take off after a coronavirus vaccine or other catalyst leads to a return to normalcy. For instance, MGM Resorts International (NYSE:MGM) and Walt Disney (NYSE:DIS) have both been hit hard by the pandemic. But each also has a growing part of the business that is helping to minimize downside from here until a full recovery is in place. That suggests they are each worth taking a closer look at. 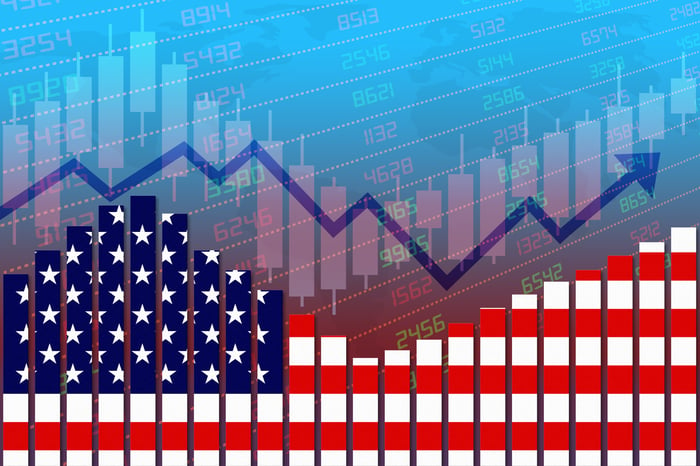 It's no secret which types of businesses have felt the most harm from the pandemic. MGM Resorts and Disney are heavily involved with the hardest-hit sectors of the economy, including cruises, travel, hotels, movies, live entertainment, and casinos.

Trying to time when those businesses recover is more of a guess than an investment. But with shares beaten down since the start of the year, there is good reason to look at what still might be going right with these companies. Especially while the stock prices still lag the overall market. 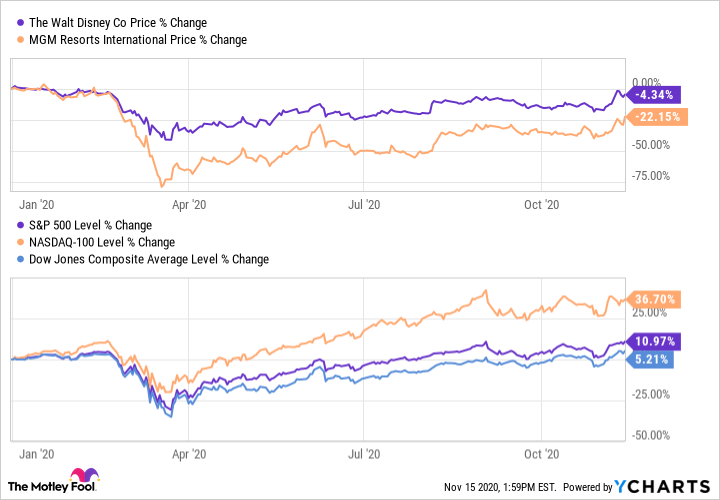 Disney recently reported its fiscal fourth-quarter earnings and said its Disney+ streaming service had over 73 million subscribers as of Oct. 3. CEO Bob Chapek called the direct-to-consumer segment "a real bright spot" and said Disney+ was "far surpassing our expectations in just its first year." Including its Hulu and ESPN+ offerings, Disney now has over 120 million streaming subscribers.

Similarly, MGM has a relatively new segment that is riding a wave of popularity, with its BetMGM online wagering app. BetMGM was launched in 2018 and has been steadily expanding into more U.S. states. The app is a joint venture of MGM and GVC Holdings (LSE:ENT). BetMGM is currently live in eight states and is expected to be added in three more by the end of the year.

The U.S. election continued to show there is momentum in legalizing sports betting, too. Ballot initiatives were passed in three more states, bringing the total to 21 states and Washington, D.C., where sports betting is legal.

In its recently announced third-quarter earnings results, GVC touted its progress, and said the app "is firmly on track to be the leading operator in the U.S. online sports-betting and iGaming markets." GVC said that it expects its U.S. sales to be ahead of expectations since BetMGM has approximately 17% market share across its markets. GVC said it believes the U.S. sports betting and online gambling market will be worth approximately $20.3 billion by 2025.

Disney's streaming services and MGM's online betting app aren't enough in themselves to justify an investment. There is much more to each company. MGM said that all of its casino properties were open as of Sept. 30. In its third quarter, MGM said net revenue at its regional properties decreased 40% versus the year-ago period, and 68% at its Las Vegas Strip resorts. That showed progress, however, compared with 90% drops in revenue for its second quarter. 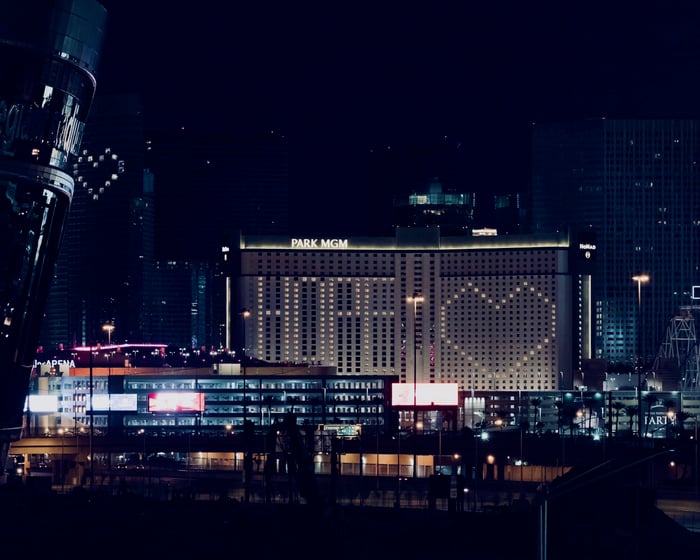 While there is still a long way to go before operations at Disney and MGM get back to pre-pandemic levels, things are headed in the right direction. There may be more virus-related setbacks along the way, too.

Shares of both companies are off six-month lows, yet still trail the overall market for the year. MGM and Disney both have growing segments and prospects of recovery in their traditional businesses. For investors looking for a place to invest $5,000 right now, these two stocks bring a nice mix of potential and downside protection.