A month ago, the Food and Drug Administration (FDA) approved the drug, which goes by the trade name Veklury, to treat COVID-19, the disease caused by the novel coronavirus. But now the World Health Organization's panel of international experts has concluded that there's no evidence that the drug helps COVID-19 patients.

The FDA approval was supported by a 1,062-patient study run by the National Institutes of Health that showed patients who were treated with Veklury recovered from COVID-19 in an average of 10 days compared to 15 days for those who were given a placebo.

But the WHO is running a clinical study, called the Solidarity Trial, which is substantially larger and includes 2,570 patients receiving Veklury and 6,331 patients who are getting the usual standard of care. An interim analysis of the Solidarity Trial concluded that the addition of Veklury to standard of care didn't significantly affect the survival of patients with COVID-19. 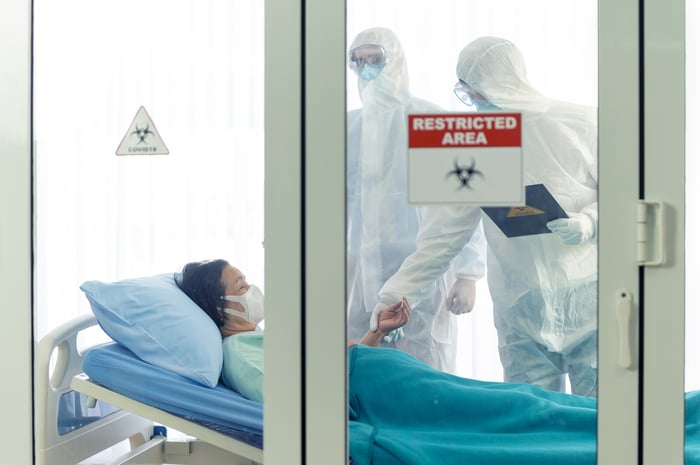 The WHO's conditional recommendation doesn't actually conclude that Veklury has no benefit but rather that there isn't enough evidence to conclude that the drug reduces mortality. Nor does it appear to impact the need for mechanical ventilation or shorten the time patients must remain hospitalized. The lack of a decisive verdict on Veklury is a slight distinction, but it could be enough for some doctors to continue using the treatment.

In the short term, a change in the use of Veklury could have a major effect on Gilead's revenue. The biotech sold $873 million worth of the drug in the third quarter, which helped boost year-over-year revenue growth to 17%. Without Veklury, revenue would have been up just 2% year over year.

But in the long term, sales of Veklury will taper off one way or another as vaccines roll out and fewer people develop COVID-19, so the WHO recommendation shouldn't have a major effect on Gilead's long-term valuation.