Many Chinese tech giants have come to dominate their respective fields, and use that considerable dominance to enter new business lines and head off competition. China's regulatory body has decided to do something about it, which spells uncertainty for many of these popular stocks. The catalyst may have come from the last-minute cancellation of Ant Financial's initial public offering, which came on the heels of contentiousness between China's regulatory body and Ant and Alibaba (NYSE:BABA) founder Jack Ma.

One of those companies getting caught up in the selling was online games, social media, payments and cloud conglomerate Tencent (OTC:TCEHY). However, on its recent third quarter conference call, management sought to reassure investors on the subject of these new regulations. 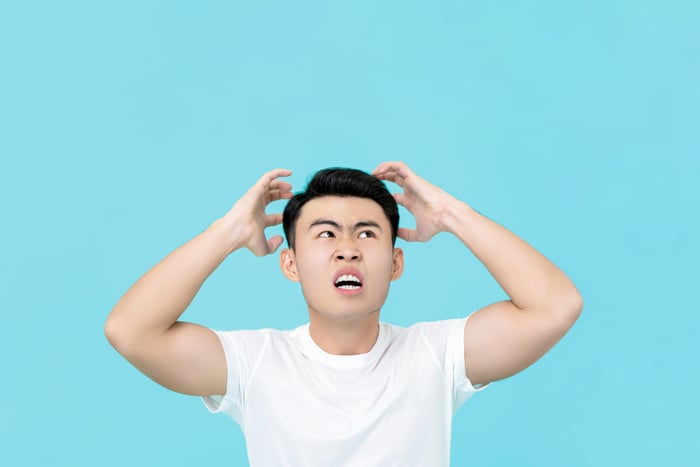 The regulations appear to be skewed to other businesses

According to management, one silver lining is that the new rules appear mostly to focus on e-commerce businesses such as online marketplaces and food delivery platforms. That may affect some of Tencent's investees, but not its core online games and social media businesses.

President Martin Lau elaborated, "with respect to the different sectors, right, I can't comment fully right now, but it looks like, right, from the paper that it's more related to transaction platforms. So for games which are essentially individual products rather than platforms, I think they are less of the focus."

Some of the regulations specifically target e-commerce platforms – for instance, Alibaba – which has historically at times required certain brands to sell on it platform exclusively or lose access. Other regulations, such as the offering steep discounts on items and taking a loss in order to block out smaller competitors, are also on the table. However, these really do tend to focus on e-commerce and not digital media, which is Tencent's main focus.

Tencent is typically a good actor on these issues

Fortunately, Tencent has a history of generally being a good actor and partner to others in China. For instance, on the same conference call, one analyst noted that Tencent and rival Netease (NASDAQ:NTES) used to dominate the top 10 online games in China; however, these days, that number has diminished, with these two companies only occupying four or five slots. Chief Strategy Officer James Mitchell said:

So how we think about the market dynamic is that it's a very healthy development. Our aspiration is not domination. And while the number of studios represented in the top 10 has diversified, you can see from our results that despite that, we've been able to maintain very healthy revenue and earnings trends in our game business.

With other companies becoming more competitive in online games, Tencent's main business is likely to sidestep most anti-monopoly regulations. Clearly, the increased size and diversity of the online games business hasn't hurt Tencent much, whose online gaming revenue grew a whopping 41% last quarter.

Speaking of online games, it should be noted that Tencent has already been through the ringer with regards to government regulation before -- in fact, in the very recent past. In early 2018, China halted all new video game approvals. There was concern about gaming addiction among China's youth, and the government reorganized its regulations and regulatory body for approving video games. New approvals were halted for almost a year, only to be resumed later in 2018, and slowly at first. But eventually, Tencent adapted to the new rules, and has obviously gone on to be quite successful in the online gaming space since then.

A scare provides an opportunity

Most of the Chinese tech stocks that declined on the regulatory news have since stabilized or recovered some of their losses. Final anti-monopoly rules have not been finalized yet, but as they come into formation, investors will be better able to choose which companies will be most affected and least-affected. My guess is that Tencent will be among those that make it through the current regulatory gauntlet relatively unscathed.