Please ensure Javascript is enabled for purposes of website accessibility
Free Article Join Over 1 Million Premium Members And Get More In-Depth Stock Guidance and Research
By Beth McKenna - Nov 24, 2020 at 9:00AM

Here's how things stack up in a metric-to-metric comparison of the two 3D printing companies' third-quarter results.

Keep in mind that qualitative factors can be just as important as quantitative ones and we're looking at just one quarter. Even with these caveats, however, the findings from this exercise should help you make investing decisions in the 3D printing space. 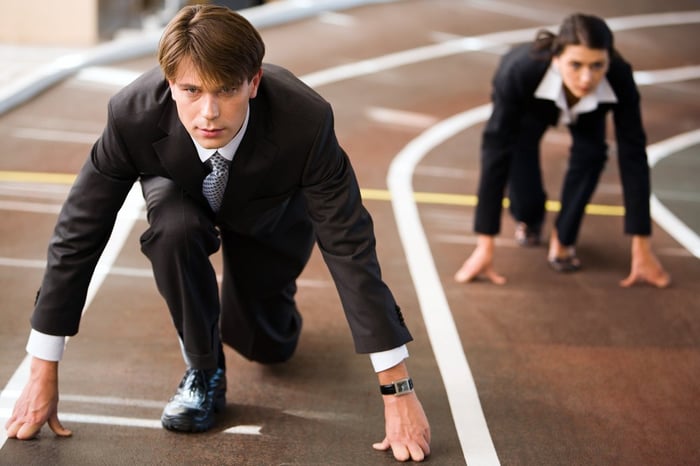 Neither company is performing well with respect to sales. That said, 3D Systems is the winner here (or, more accurately, the lesser of the losers) because its year-over-year revenue dropped considerably less than did its competitor's.

Both companies have been hurt by the COVID-19 pandemic. Many of their customers in the industrial sector were temporarily closed, and some are still not operating at full capacity. However, the global crisis isn't the sole culprit. Both 3D printing companies were struggling to grow revenue before the pandemic.

Both companies were unprofitable from a reported, or GAAP, basis. But 3D Systems wins this category because its bottom line didn't worsen nearly as much as Stratasys' did.

Investors, however, shouldn't give this category too much weight. Both companies took goodwill impairment charges in the quarter -- and Stratasys' was much bigger. These charges, which don't involve cash, stem primarily from the pandemic's effect on the companies' businesses.

Granted, Stratasys' year-over-year result worsened, while 3D Systems' improved a bit. However, this is because 3D Systems had an easier comparable, since it performed considerably worse than Stratasys in the year-ago period. It doesn't seem fair to ding Stratasys for this fact.

Stratasys has the upper hand with respect to cash flow and liquidity. Its more robust balance sheet gives it an advantage in acquisitions and in the ability to weather tough times.

Stratasys spent more money on R&D on an absolute basis and as a percentage of revenue than did 3D Systems. However, both differences are relatively small, so this category is a draw.

Investing in R&D is critical for companies in the technology realm. Those that don't adequately innovate often eventually get left behind.